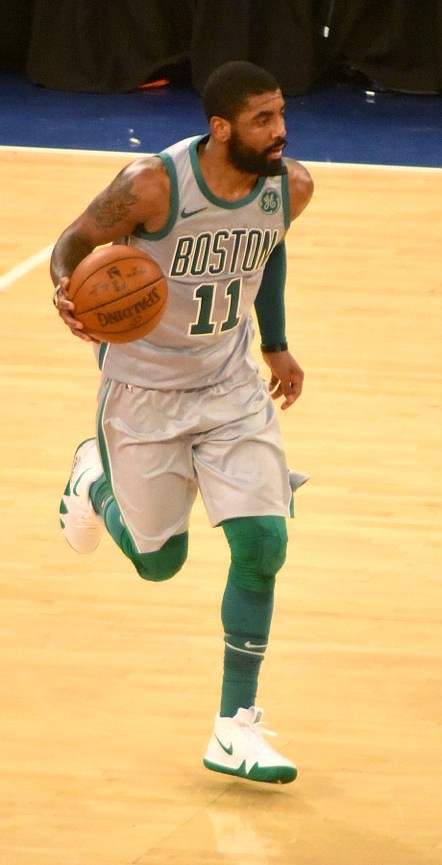 With All-Stars Kyrie Irving and Gordon Hayward sidelined with injuries last season, the Boston Celtics grinded their way to Game 7 of the NBA Eastern Conference finals, falling to LeBron James and the Cleveland Cavaliers. This season, Irving and Hayward are able-bodied, as they showed in the Celtics’ four-game sweep of the Indiana Pacers in their opening round playoff series.

Entering the 2018-19 campaign, the Celtics were the overwhelming favorite to come out of the East and reach the Finals. But they labored through the regular season given their high expectations, finishing fourth in the conference with a record of 49-33, 11 games behind the Milwaukee Bucks, who ended the regular season with the NBA’s best record.

Now the No. 4 seed Celtics will have the opportunity to live up to the promise placed upon them by odds-makers and fans alike before the season began when they face the No. 1 seed Bucks in one of the two conference semifinals match-ups. But knocking off Gianis Antetokounmpo—who along with the Houston Rockets’ James Harden are the leading candidates to win the league’s MVP award—will be a formidable challenge.

The Bucks easily dismissed the Detroit Pistons in four games in their first round series. While Antetokounmpo, who was born in Greece to Nigerian parents that immigrated to the Mediterranean country, was his usual dominant self, the man known as the Greek Freak had a lot of help as the Bucks are deep and talented. All-Star forward Khris Middleton is one of the most underrated players in basketball and point guard Eric Bledsoe is performing as well as he has in his nine-year NBA career.

The absence of Marcus Smart for the Celtics will emerge as a significant loss. The 6’4” Smart, a dogged defender, big shot maker and the team’s emotional leader, started 60 games for the Celtics this season but tore his left oblique in the regular season’s final week.

Without him, the Celtics lose toughness and a player capable of guarding four positions. The Bucks’ combination of confidence, depth, home court advantage and a player in Antetokounmpo for whom the Celtics have no answer will result in a 4-2 series win.

The No. 2 seed Raptors went all in trading for Kawhi Leonard last July knowing the former San Antonio Spur and two-time All-NBA First Team selection would test the free-agent waters at the conclusion of the season. Nevertheless, Raptors general manager Masai Ujiri and the franchise’s ownership felt it was worth having Leonard for just a single season and sending four-time All-Star DeMar DeRozan, one of the most popular players in Raptors history, to the Spurs.

The additions of Leonard and center Marc Gasol, who the Raptors acquired in a trade with Memphis Grizzlies this past February, make them a team built for a deep postseason run. Their semifinal opponent, the Philadelphia 76ers, have a four-man core in Joel Embiid, Ben Simmons, Jimmy Butler and Tobias Harris that equals any in the NBA. But they lack requisite depth and Embiid’s aching left knee is problematic. The outcome will be Leonard carrying the Raptors to a 4-2 series victory.