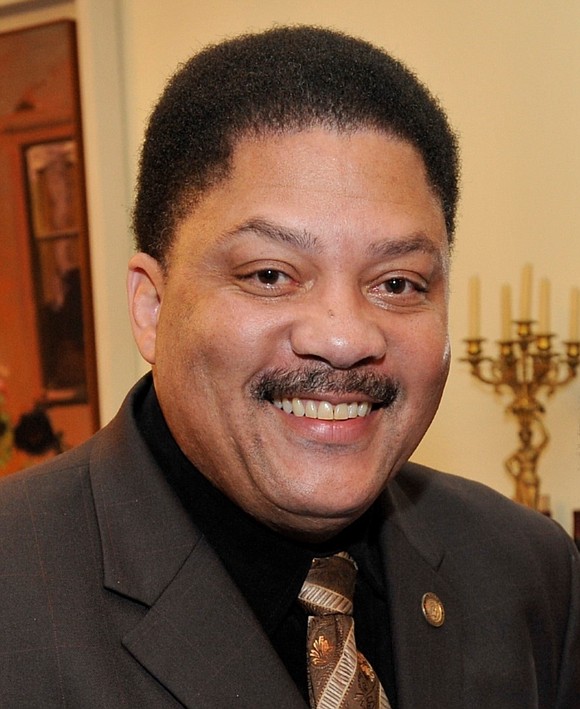 Touro College of Osteopathic Medicine and Touro College of Pharmacy in Harlem have appointed Geoffrey E. Eaton director of community affairs and diversity, the colleges announced this week.

Eaton has a long history of leadership in Harlem, serving as first vice president of the New York State Conference of the National Association for the Advancement of Colored People, the nation’s most prominent civil rights organization. He also worked as chief of staff for long-serving Harlem Congressman Charles Rangel.

Eaton has ties with TouroCOM dating back years, almost to the opening of the medical school in 2007. He was a founding member of the TouroCOM Harlem Community Advisory Board and serves as its co-chair. The CAB takes a lead role in raising money for scholarships for underrepresented minorities at the medical school. He has been a staunch advocate of TouroCOM’s master’s in biological sciences program, a pipeline to the DO (Doctor of Osteopathic Medicine) program, through which bright, talented and motivated minority students interested in medicine but who may lack the high standardized test scores required by most medical schools can track into the DO program.

“An Invaluable Friend… [who] Brings World of Experience”

A central part of the mission of both TouroCOM and TCOP is to increase diversity among their student populations and to serve the Harlem community, which suffers from disparities in health care. This year TouroCOM welcomed a record-breaking number of underrepresented minorities—over 27 percent of the class—but strives to do more.

“We are so pleased and lucky to have someone of Geoff’s experience and talent join our team,” said Dr. David Forstein, dean of TouroCOM Harlem. “He has been an invaluable friend and brings a world of experience to this position. He will help us serve the community by interfacing with local boards and organizations, such as One Hundred Black Men, which meet regularly at TouroCOM.” Additionally, said the dean, Eaton will supervise student community service activities, like health fairs, participation in Harlem Week and TouroCOM’s Med-Achieve after school program for local high school students.

TCOP Dean Henry Cohen, PharmD, said, “We are honored and delighted that Geoffrey Eaton has chosen to join the TouroCOM/TCOP team. His long and distinguished career of leadership in government and community service is a perfect fit with our mission to develop the next generation of pharmacists vested in promoting wellness, especially among the underserved populations in Harlem and beyond, and to improve patient health locally, nationally and globally. His lifetime of courageous commitment to vital causes will be an invaluable asset and an inspiration to students, grads and faculty.”

Of his new position, Eaton said: “I am delighted to be able to continue to carry out Touro’s mission and goals of improving the health of Harlem’s residents by fostering more community and student engagement and increasing enrollment of underrepresented minorities in medicine and pharmacy.”

A life-long Harlem resident, Eaton also serves as president of the NAACP Mid-Manhattan Branch, a position he has held for 10 years, and has received a number of unprecedented NAACP National and State Conference awards and many other community service honors. Prior to his work with Congressman Rangel, he amassed over 20 years of experience in New York City government, where he served in a variety of positions including deputy public advocate for community affairs for the first elected Public Advocate, Mark Green. He continues to volunteer with several civic, cultural and community organizations.