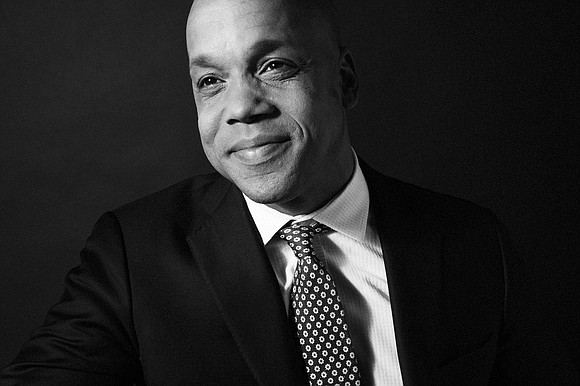 Community leader and former television journalist Richard Habersham is looking to enter the political realm as he announces his run for Harlem’s 13th congressional seat currently occupied by Adriano Espaillat.

In a recent interview with the AmNews, the Harlem native said that he’s frustrated with the fact that Harlem has a thriving economy and culture but many of its residents don’t have access to basic resources.

“While billions of dollars in wealth are being generated on the southern tip of Manhattan, we in the north languish in underperforming schools, high cost and inadequate housing,” he said. “We suffer even though many of us are working multiple low wage jobs in order to survive here.”

Haberhsam was born and raised in Harlem. He was a child actor appearing in the Broadway production of August Wilson’s drama, “Joe Turner’s Come and Gone.” He also played a principal character in Spike Lee’s movie, “Do The Right Thing” and also in the film “The Long Walk Home.”

After graduating from college, he decided to enter journalism. A political column he wrote for the New York Beacon newspaper caught the eye of national news anchor of Peter Jennings, who hired him as his special assistant at ABC News and World News Tonight. Habersham later worked as a news assistant for NY1 News. His television news career led to his becoming a television news reporter in North Carolina, South Carolina and Florida.

Habersham earned a master’s degree from Columbia University’s School of Architecture, Planning and Preservation in 2008. When he returned to New York he noticed an unsettling change with longtime Black residents selling their homes below market value. Habersham worked directly with elderly homeowners to get the best price for their homes.

“Harlem is at a crossroads and it needs a bolder vision for the future,” he said. We are on the cusp of this neighborhood that nurtured the likes of James Baldwin, Tito Puente, Harry Belafonte Ralph Ellison, Ossie and Rudy Dee, Langston Hughes, Adam Clayton Powell, A. Phillip Randolph, Malcolm X. Parts of it are turning into a museum, or a place where you go where you know history happened, but you can no longer feel it.”

He calls Harlem’s change a “Disneyfication” of the neighborhood and he doesn’t want the neighborhood to celebrate culture and traditions that no longer exist. He’s entering politics with hopes to preserve as much of Harlem’s history as possible.

Habersham knows firsthand about the crush of rising costs in Harlem and gentrification. While struggling to stay afloat financially during the 2009 “Great Recession,” he was evicted from his Harlem apartment because he and his wife could no longer afford the rent in Harlem. He reached a financial roadblock while caring for his late father. The situation turned his focus to policy. He currently lives in Mitchell-Lama Housing.

“Now, more than ever, we need real leadership,” he said “The lack of affordable housing is driving working class people out of our community. A failing education system is a catastrophe for communities like our own; our district schools are among the worst in the city, failing at preparing our children for the jobs of today, let alone tomorrow.”

Habersham is taking a head-first plunge into politics going to Congress as opposed to a lower office like city council or state senate. He believes his life experiences have prepared him to go to Washington and take on the current political climate.

“I have worked in real estate for a significant part of my professional life,” he said. “I myself have been the victim of the lack of affordable housing in this district when my family was evicted from our apartment during the Great Recession. Our campaign is focused on creating solutions to these daunting and depressing problems.”