After a tough weekend against Boston, the Yankees prepare for another 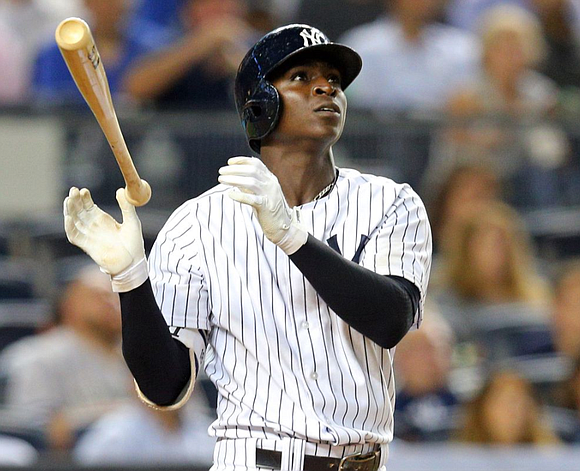 Unless the New York Yankees and the Boston Red Sox—the defending World Series champions—meet up in the post season, this weekend’s four game homestand at Yankee Stadium will be Boston’s last visit to the Bronx this season.

Starting tomorrow, Friday, two days after the MLB trade deadline, they’re on the schedule for one game that night, a doubleheader Saturday, and a Sunday evening game to close out the series here in New York. The Yanks will close out the season series when they play a four game series against the Sox in September.

For Yankees fans, hopefully they’ll fare better during these upcoming eight games against Boston than they did last weekend. The Yankees lost three of the four road games during this series against their longtime rivals, giving up 19 runs Thursday, 10 runs Friday and 9 runs Saturday before getting together Sunday, putting an end to their dreadful three game losing streak.

“It’s been a tough weekend for us,” said Yankees second year manager Aaron Boone, looking for a satisfactory explanation for Boston’s 38 runs in three days.

It’s not like the Yankees’ bats were cold. They scored 3, then 5 and 5 more in the losses, but they weren’t enough to overcome Boston’s 3-game dominance, their onslaught at the plate.

Boone explained it as, “a tough stretch right now on the mound,” and in a 162 game season, “you’re going to get punched in the mouth once in a while.”

The Yankees, leading the American League East division, which Boston is also in, ended their tumultuous slide in Massachusetts with a hard-fought 9-to-6 victory Sunday night, avoiding a 4-game sweep. They hadn’t lost four straight since the second week of the season.

Shortstop Didi Gregorius and catcher Austin Romine both hit two-run homers to help the Yankees secure their 67th win of the season, the 13th for pitcher Domingo Germán (2 losses) who struck out nine Red Sox in 5 1/3 innings, allowing four hits and a walk.

“It definitely felt good to get this one,” said Boone after their win Sunday night. “This was a good one. Yeah.”

Out of the 11 games that the Yankees have played against the Red Sox so far this season, the biggest rivalry in American sports dating back to their first game together in 1901, the Yankees have won 7 and lost 4. They’ll be 19 regular season games total.