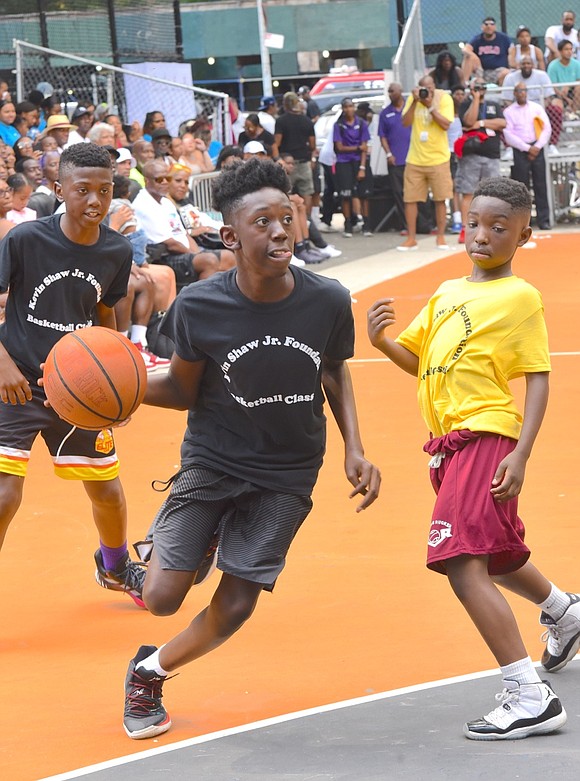 Hosted by New York City basketball prodigy Kemba Walker, who signed with the Boston Celtics earlier this month after playing eight years with the Charlotte Hornets, and Fred Brown Jr., the afternoon featured a 12-and-under, 14-and-under and a high school game featuring talented players from around the city.

Walker, from the Bronx, played high school ball with Shaw. He was on hand to speak and to take photos with the teams and the many in attendance who filled the park.

“Our community continues to unite and endure. We embrace one another, and come together when we need to,” said George Ball, one of the directors of the Each One Teach One program, one of the organizers of this event.

The foundation is inspired by Shaw’s dedication to education and public service. Its focus is on encouraging civic engagement while promoting academic excellence throughout the community.

The foundation provides scholarship recipients with financial resources to attend college and universities.

Shaw, 26 at the time of his passing, was a former assistant basketball coach at Concordia College. He was one of two men killed in a fatal car crash in Mount Vernon, New York that police considered a double homicide. Upon further investigation, it was discovered that both men had also been shot.