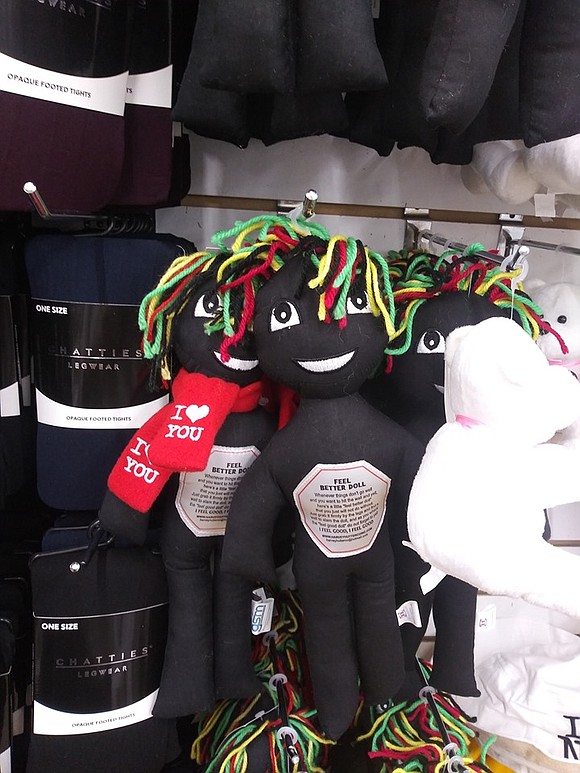 A product called Feel Better Dolls that looked like a stereotypical Black caricature disappeared from store shelves in New Jersey after allegations that the doll was racist.

Photos of the Feel Better Dolls show a stuffed toy with black fabric, white teeth and red, yellow and green yarn hair. The dolls come with instructions sewn on that say, “Just grab it firmly by the legs and find a wall to slam the doll.”

The doll, which was being sold at One Dollar Zone locations in New Jersey, received swift backlash. Critics said that the doll was racist and looked like a blackface figure. Furthermore, the instructions encouraged people to beat the doll.

State Assemblywoman Angela McKnight was one of the most vocal calling for the doll’s removal from stores.

“When I saw the doll in person, I cringed and was truly disheartened by the thought of a Black child being beaten by another child or an adult for pure pleasure,” she said in a statement.

Ricky Shah, president of One Dollar Zone, apologized for the dolls’ appearance. He was reportedly alerted about the issue when someone posted about it on social media. Shah says the dolls “somehow slipped through the cracks” and the company didn’t check before sending other items to the stores.

Harvey Hutter Co. is the maker of the dolls and has not commented on why they were created.

The controversy comes as several companies have come under fire over products that look like blackface figures.

In February, Italian fashion house Gucci received backlash over a black turtleneck sweater with large red lips that that was meant to go over the wearer’s mouth. Many said the sweater looked like blackface. The company also sold women’s shoes that were black with large lips.

This week, Gucci announced the hiring of Renée Tirado as its new global head of diversity, equity and inclusion.

In December 2018, Prada sold keychains that looked like racist figures with large red lips. The company pulled the keychains and apologized.