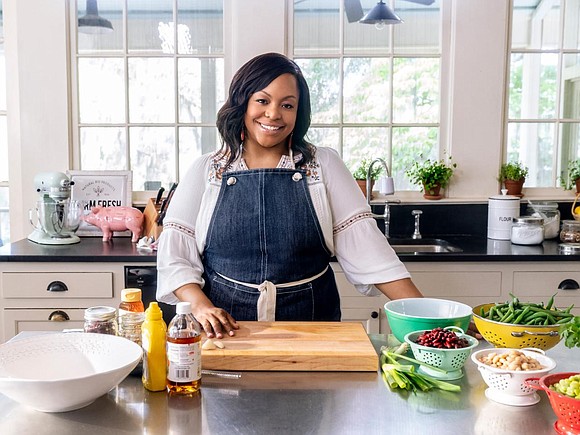 Born and raised in Charleston, South Carolina her passion for cooking began in her grandmother’s kitchen, where she learned to make traditional dishes from the Gullah/Geechee people of which she is a descendant.

Gullah/Geechee is a term used to describe a distinct group of African-Americans living in the coastal areas of South Carolina and Georgia who have managed to preserve much of their West African language, culture and cuisine. Chef Brown never viewed her home cooking as anything more than a hobby. Instead, she studied psychology at Oglethorpe University in Atlanta, and worked in social services for many years.

In 2013, Brown moved to New Jersey to continue her education in psychology. A year later, she found herself taping a pilot and her television career took off. She has since appeared on Food Network’s “Farmhouse Rules,” “BBQ Blitz,” “Chopped Junior,” “Beach Bites,” “Beat Bobby Flay,” “Cooks vs. Cons” and “Family Food Showdown.” Kardea also created The New Gullah Supper Club, where the menu pays homage to the dishes her grandmother and mother passed down to her. Now with her brand-new show “Delicious Ms. Brown” she’s expanding her mission to spread love through food and tell a unique story one dish at a time.

Here is an edited phone conversation with chef Kardea, host of “Cupcake Championship” and her new show, “Delicious Ms. Brown.”

AmNews: Congratulations on your brand-new show “Delicious Ms. Brown.” How did you land on the Food Network?

Kardea Brown: (laughing) Thank you. I fell into a pilot for the Food Network.

I’ve always loved cooking. I come from a family of cooks but I did it as a hobby. I went to school for psychology and I worked in social services for the majority of my career after I graduated from college. Although the pilot didn’t get picked up by the Food Network the producers and Food Network executives saw something in me and asked if I had thought about a career in food television; I had not. I never thought of cooking as a career thing. So after being on set and cooking it felt right. It gave me that push to change my career and do what I love to do, which is cooking.

AN: Specifically what makes your show “Delicious Ms. Brown” different?

AN: What makes this type of cuisine special?

KB: The Gullah/Geechee retained so much of our language and our culture in our food and our storytelling. That makes our community unique. The show does encompass the Southern culture in general of which the Gullah people are part. You will hear our accents from my mother and my grandmother and you will hear the stories as well. We will also highlight the type of ingredients that we cook with and that will be highlighted throughout the show.