The debate: Williamson whips the wonks 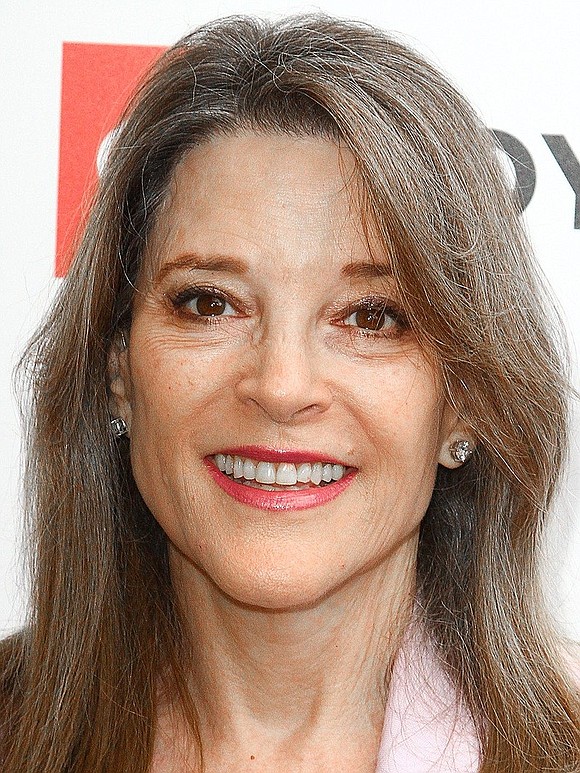 If the political pundits and commentators are right, the author Marianne Williamson, with her New Age advocacy, was the shining star of the Tuesday evening debate from Detroit. Most of the reporters for national media outlets and the social media voices seem to agree that Williamson stood out magnificently, and she certainly stirred the audience at the Fox Theater with her verbal grenades about reparations and the “dark psychic force” that Trump represents.

While the commanding moments were riveted on the battle between the liberal platforms of Senators Bernie Sanders of Vermont and Elizabeth Warren of Massachusetts, Williamson stole the show and moved up in the rankings according to one tabulator to fourth place behind Warren, Sanders, and Mayor Pete Buttigieg of South Bend, Indiana.

She got the loudest reaction from the crowd when she cited the differences between Flint and Grosse Pointe. “What happened in Flint never would have happened in Grosse Pointe,” she said, referencing the race factor, and one city’s water crisis and the upscale wealth of the other.

But this was just the beginning of her tipping point. “Flint is the tip of the iceberg,” Williamson continued. “This is part of the dark underbelly of American society,” she said. “If you think any of this wonkiness [on stage] is going to deal with this dark psychic force of the collectivized hatred that this president is bringing up in this country, then I’m afraid that the Democrats are going to see some very dark days. We need to say it like it is. It’s more than just Flint. It’s all over this country.”

When Don Lemon, one of the commentators from CNN, posed the question about reparations, it was in Williamson’s wheelhouse and she knocked it out of the park, much to the delight of the African-American spectators, at home in Detroit and Black America.

“Well, first of all, it’s not $500 billion in financial assistance. It’s a $200 to $500 billion payment of a debt that is owed,” she began, and then did the math. “That is what reparations is. We need some deep truth-telling when it comes. We don’t need another commission to look at evidence. I appreciate what Congressman [Beto] O’Rourke has said. It is time for us to simply realize that this country will not heal. All that a country is is a collection of people. People heal when there is some deep truth telling. We need to realize that when it comes to the economic gap between Blacks and whites in America, it does come from a great injustice that has never been dealt with.

“That great injustice has to do with the fact there were 250 years of slavery followed by another 100 years of domestic terrorism. What makes me qualified to say $200 to $500 billion? I’ll tell you what makes me qualified. If you did the math of the 40 acres and a mule, given that there were 4 to 5 million slaves at the end of the Civil War—they were all promised 40 acres and a mule for a family of four. If you did the math today it would be trillions of dollars. And I believe that anything less than $100 billion is an insult, and I believe that $200 to $500 billion is politically feasible today, because so many Americans realize there is an injustice that continues to form a toxicity underneath the surface.”

Williamson did well with answers directed mainly to residents of a city that is more than 80 percent Black and the fourth largest voting bloc in the nation, but it’s to be seen how she will fare in the third round of the Democratic debates in Houston on Sept 12-13. In fact, she may not even make the cut of more than 130,000 unique donors and at least 2 percent in the four major polls.

Even so, she has made some points, and if nothing more boosted her book sales and tours as well as speaking engagements among the nation’s mystics.