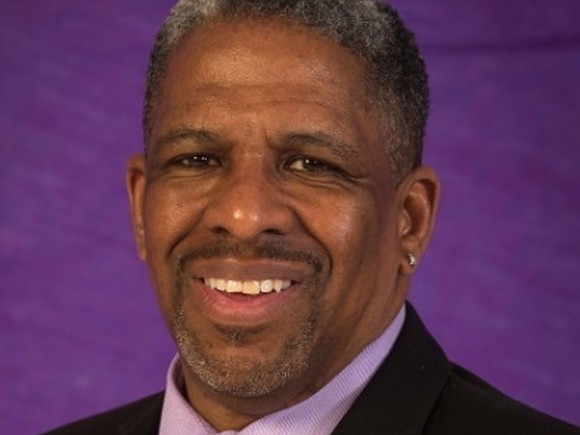 In the aftermath of Héctor Figueroa’s untimely death, 32BJ SEIU’s executive board had to elect a new president.

Last week, 32BJ SEIU officials voted unanimously to elect Kyle Bragg as the union’s new president. Bragg will now oversee 175,000 members in 12 states and Washington, D.C. and serve for the rest of the current term until the next union election in November 2021. Larry Engelstein takes over as secretary-treasurer.

“I am humbled and proud to answer the call by my union brothers and sisters to lead the work of our great union and take on the responsibility of improving the lives of our 175,000 members every day,” stated Bragg. “I pledge to build on our union’s commitment to our principles and on our people power, both by continuing our core work to maintain strong contracts and to improve our standards, and by pushing forward in 32BJ’s mission to improve conditions for our members by making the world we share a better place.”

Bragg’s been a member of 32BJ for four decades. He’s served as an assistant to the president, vice president and secretary-treasurer. He also served as chair of the social and economic justice committee and a trustee of several 32BJ funds. Bragg is credited with leading the merger with Local 32E in 2001, which brought 9,000 members into the union.

Bragg is also a board member of Community Board 13 in Queens and serves on the Security Guard Council of New York State. He is also a member of the executive board of the National African-American Caucus of SEIU and the international union’s first Racial Justice Task Force.

Bragg takes over for Figueroa who died of a heart attack earlier in July at the age of 57. In the aftermath, members of the labor movement, friends and elected officials chimed in on Figueroa’s legacy.

“Héctor spent his career fighting to improve people’s lives,” stated Assembly Speaker Carl Heastie. “In addition to being a friend, he was a critical partner in the progressive policies we fought for in the Assembly Majority, and were finally able to achieve this year. His leadership as president of 32BJ SEIU has put them at the frontline fighting for social and economic justice, voting rights, immigrants’ rights and environmental protections. Héctor’s dedication to labor and human rights was unmatched.”

“As president of 32BJ SEIU, Héctor was on the front lines in the fight for fair pay, good benefits, and safe working conditions for his union brothers and sisters and for all hardworking Americans,” added New York State Senator Majority Leader Andrea Stewart-Cousins in a statement. “Héctor also stood up for progressive values and used his position to advocate for immigrant rights, environmental protection, expanded voting rights and racial, social and economic justice.”