Liberty back at it after All-Star break 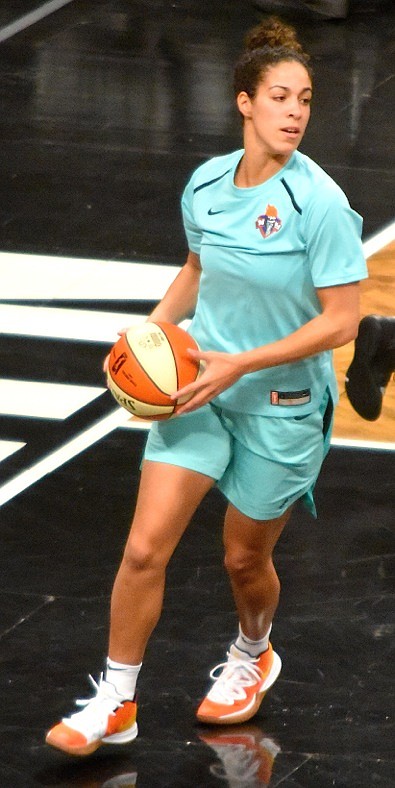 After a big home court win over the Los Angeles Sparks, the New York Liberty had one more game before the league headed into the WNBA All-Star break. It was a short road trip to face the Connecticut Sun. Although the Liberty kept it close, the Sun prevailed 70–63.

“I thought we had our shot today,” said coach Katie Smith after the game. “We have to put the ball in the hole and handle that pressure, but I think we’re on the right track. Also, now just take a breath…Once we get back it’s going to roll.”

With that, Liberty players Kia Nurse and Tina Charles headed to Las Vegas, home of the Aces, for the All-Star Game. In just its second year in the WNBA, the Aces have been having a stellar season and are currently tied with the Sun atop the rankings. As can be expected, the city and team turned on the showmanship.

Aces center A’ja Wilson and Washington Mystics forward Elena Delle Donne were the top vote-getters in the public vote, so each captained one of the All-Star teams. The Aces and Mystics coaching staffs headed their respective teams. One of the assistant coaches for the Aces is former Liberty player Vickie Johnson, who played in the inaugural WNBA All-Star Game, held in Madison Square Garden in 1999.

The game was a high scoring affair, with Team Wilson edging team Delle Donne 129–126. The MVP was first-time All-Star Erica Wheeler of the Indiana Fever, who had 25 points, four rebounds and seven assists. This is Wheeler’s fifth year in the WNBA, despite going undrafted after her college days at Rutgers University.

“I knew I was the only undrafted player,” said Wheeler, who wore a t-shirt that read “Undrafted” to the post-game press conference. “For me, it was to make my mark, and I think I did that because nobody is looking at me. I’m a no-name. So I think I left today with a name that everybody can remember.”