Mets shake up rotation and look towards the future 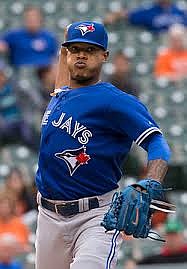 It was a forgone conclusion among followers of Major League Baseball that Long Island native Marcus Stroman would be moved by the Toronto Blue Jays before yesterday’s (Wednesday, July 31) MLB trade deadline.

The 28-year-old righty, who starred at Patchogue-Medford High School before setting Duke University’s record for career (290) strikeouts during his time there, was acutely aware he was unlikely to be offered a market value contract by the Blue Jays when he entered free-agency after the 2020 season.

There were several playoff and World Series contenders, including the Yankees, that were rumored to be interested in acquiring the gifted starter whose 6-11 record belies him being one of the best pitchers in baseball this season despite the Blue Jays’ struggles. (They were 42-67 and 26.5 games behind the 67-39 first place Yankees in the American League East division when play began yesterday.) His 2.96 ERA places him 10th overall in MLB and he had the third-lowest home run percentage at 1.9 percent in the AL in a season in which balls are being knocked out of parks at record rates.

So it shocked the sport when on Sunday night the Mets acquired Stroman for Mets minor league pitching prospects Anthony Kay and Simeon Woods Richardson.

“NEW YORK! Where I was born. Where my heart lies. Where my family resides. Crazy excited for this part of my journey. Some things were meant to be!” Stroman posted to his Twitter account shortly after becoming a Met.

The transactions shook up the Mets’ rotation and heightened the conjecture by fans and media they would be trading 26-year-old Noah Syndergaard before the deadline. Like Stroman, Syndergaard, an extremely talented but inconsistent 7-5 with a 4.10 ERA in 21 starts this season, was highly sought after by several contenders in desperate need to fortify their starting pitching.

The Mets, who were 51-55, 11 games behind the division-leading Braves when they faced the White Sox in Chicago last night and seventh in the NL wild-card standings, have a lack of high quality young position players on the major league roster as well as in their farm system and could use pitching to upgrade multiple areas.