Willis writes next chapter in her basketball life 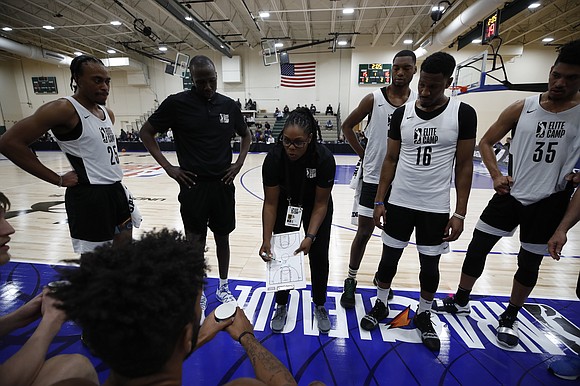 Although born and raised in Southern California—attending high school at basketball powerhouse Narbonne and graduating from UCLA—Lisa Willis made a discovery while playing with the New York Liberty in 2007–08. She loves the East Coast. New York was a bit too fast-paced, but trips to Washington, D.C. to play the Mystics were enlightening. Since ending her professional playing days, Willis has resided in Maryland.

She travels around the East Coast conducting basketball camps. A true entrepreneur, she handles everything from the marketing to the lesson plans.

“My main goal as a clinician, as a skills development coach and even as a public speaker is to help people achieve more,” said Willis, who in addition to playing in the WNBA played professionally in Russia, Greece, Latvia and Turkey. “I do a lot of academies. I wear every hat.”

AAU programs, high schools and even college teams also bring her in to provide skills training. “I do it in a way so they feel valued at their current level and they feel confident transitioning to the next level, whatever that is,” she said. “I like to say I do all things basketball.”

She wants kids to take the game seriously, but also have fun. “You have to be intentional about the message you’re delivering,” Willis said. She delivers life lessons and endeavors to keep it positive. Willis is also a motivational speaker at events, workshops, seminars and retreats, which she sees as her long-term goal.

With more and more women being hired for NBA assistant coaching positions, Willis is currently exploring those possibilities by taking part in the NBA assistant coaches program. “It is teaching me different things about coaching and is gearing me up to coach at the NBA level,” she said. She coached teams at the pre-Draft combine and an invitational event in Virginia.

She’s also interested in speaking with athletes about preparing for life after pro basketball and is writing a book titled “When the Buzzer Sounds.” It focuses on taking playing experience and adapting it to life after sports.

“I’ve had the privilege to coach some professional athletes over the last couple of months,” said Willis. “I got to mentor them. Even though I was just their coach, if I’m able to use what God has given me to help somebody along their journey, then I’m going to be good.”