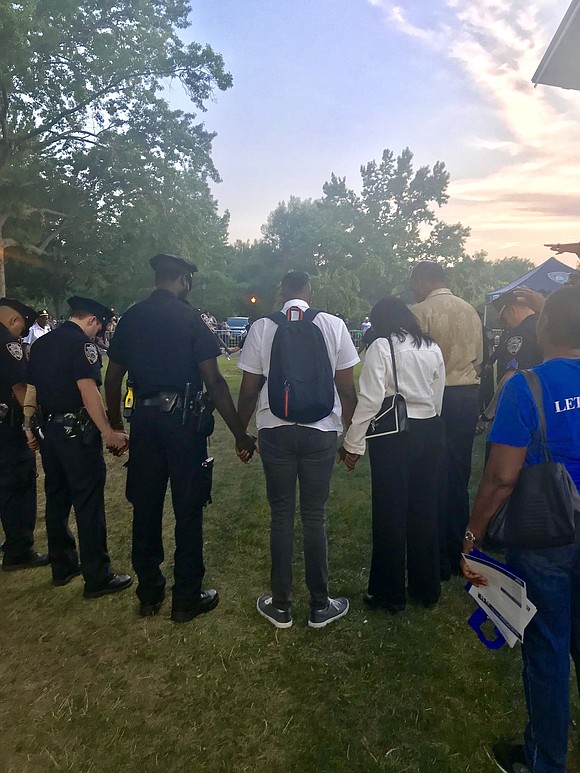 Reports state that people in the U.S. are more likely to be killed by a gun shooting than residents in any other country. Thirty-one people were killed and more than 50 injured within 24 hours last weekenåd following two mass shootings, one in El Paso, Texas and one in Dayton, Ohio. The shooter in El Paso was a 21-year-old white man (charged with capital murder), and in Dayton a 24-year-old white man (shot and killed within 30 seconds). Both shooters were able to purchase firearms legally.

Fenty founder and musician, Rihanna, responded to Trump’s tweet which had blamed the shootings on mental illness. “Your country had two terrorist attacks back to back, hours apart, leaving almost 30 innocent people dead,” she expressed. “This, just days after yet another terrorist attack in California where a terrorist was able to legally purchase an assault rifle (AK-47) in Vegas, then drive hours to a food festival in Cali leaving six more people dead, including an infant baby boy. Imagine a world where it’s easier to get an AK-47 than a visa! Imagine a world where they build a wall to keep terrorists in America!”

Rep. Yvette D. Clarke said, “Our country is in crisis and in mourning. This past weekend our nation again saw violence tear apart two more communities. My heart goes out to the people who are grieving today in El Paso, Texas and Dayton, Ohio where dozens of lives were stripped away too soon by white nationalists. The hate held by white nationalists and white supremacists in America has been fueled by a racist, xenophobic, bigoted president and as a result, these radical white males feel emboldened to commit attacks on American soil. Today with the trend of more and more white supremacist attacks, our government needs to put the same amount of resources into studying the behavior of white nationalists as we do in to foreign threats to our country.”

Trump stated that the internet and video games are fueling the attacks. He also blamed the media, immigration and mental illness, stating that “mental illness and hatred pull the trigger, not the gun.” He also called for “strong background checks” as a response to the mass shootings in addition to blaming mental illness.

Ernest Coverson, Amnesty International USA’s End Gun Violence campaign manager said: When President Trump links background checks for guns with immigration reform, he is once again demonizing immigrants and communities of color. The Trump administration will stop at nothing to shut down the border and limit safety to those who most need it. It is outrageous to denounce bigotry in one breath and terrorize the community that was targeted in one of these shootings.Amnesty International reports that there is no evidence of a link between mental health and gun violence. Individuals with mental illnesses are more likely to be victims of violence instead of perpetrators. Only 5 percent of firearm related deaths were committed by someone with a diagnosed mental illness.

Last week a shooting in Brownsville, Brooklyn left one dead and 11 injured.

Brownsville was awarded $9 million in funds Tuesday, Aug. 6, by Mayor de Blasio. The monies are for fixing community amenities such as parks, lights and playgrounds. The funds were only allocated after the community questioned why the violence they experienced had not been designated a mass shooting. “I think it’s long overdue,” Al Mathieu, Brownsville resident and businessman told AmNews.

Additionally, a surge of weekend violence left 7 dead and dozens injured in Chicago, while there was a shooting on the Monday morning of Aug. 5 in Crown Heights, Brooklyn.