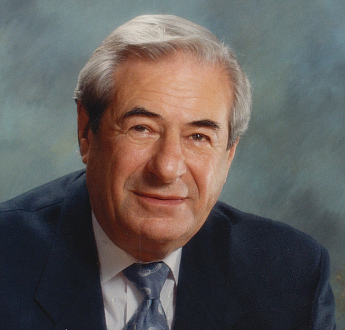 The second day of the biannual Communication Workers of America’s convention in Las Vegas last week brought some sad news.

Morton Bahr, the man who shepherded CWA through its most turbulent period during the tech/telecommunications revolution, died at the age of 93. CWA President Chris Shelton delivered the news to those in attendance at the Westgate Las Vegas Resort & Casino.

“Not only CWA members, but the entire labor movement, lost a giant last night,” said Shelton. “Morty was comfortable whether he was in the company of presidents of the United States, in the halls of Congress, or on a picket line. He was not only a great president but he was a members’ president. Morty loved fighting alongside members in organizing drives and on the picket line almost more than anything that he did as president of this union. He will be sorely missed.”

Bahr was elected CWA president in 1985, a position he would hold for 20 years. CWA brass credit him with pioneering model education and job training programs; negotiating new kinds of family benefits for workers, including child care and flexible work schedules; developing strategies such as the “electronic” picket line; and regularly holding meetings with management, government and labor to keep abreast of economic shifts and their effect on the labor movement.

“This union has been my extended family,” said Bahr at his last CWA convention address in 2005. “Whether you’re a shop steward, a local union officer, a staff rep or an officer, virtually every day you have the ability to help change somebody’s life. We are united, we are family, we are union.”

Born in Brooklyn in 1926, Bahr enrolled in Brooklyn College as a 16-year-old and played varsity baseball. However, his goal for a higher education was cut short due to World War II. Bahr enlisted and served in the Merchant Marine as a radio operator. That experience led Bahr to his desire to promote “model distance” learning and education program for working people who have to balance work and family life. Bahr would eventually receive a bachelor’s degree at age 57 in 1983. He’d also be awarded a Doctor of Humane Letters degree from SUNY Empire State College and the University of Redlands.

Bahr first joined CWA in 1951 as a telegraph operator at MacKay Radio and Telegraph. While an employee there he led an organizing drive and killed the reputation of his employer as being one who “permanently replaced” striking workers. Three years after joining CWA he was elected president of Local 1172 where he helped build the union of the next 51 years.

In 1971, as vice president of CWA’s New York-New Jersey District 1, Bahr led a 218-day strike against New York Telephone (a predecessor company to Verizon) that eventually led to national bargaining with AT&T. Over a decade later Bahr would oversee the union’s turbulent late 1980s period when the breakup of the industry changed labor as he knew it at the time.

In 2001, the SUNY Empire State College administration established the Morton Bahr Distance Learning Scholarship in his honor to help adult workers with full-time jobs pursue a degree. After retiring in 2005, Bahr worked with organizations that supported lifelong learning and advocated for affordable housing for seniors while serving as chair of the board of the National Housing Partnership Foundation.

Bahr is survived by his wife Florence, his son Dan and daughter Janice, four grandchildren and eight great-grandchildren.