Desensitized, but sensitive: Being young in a gun culture era 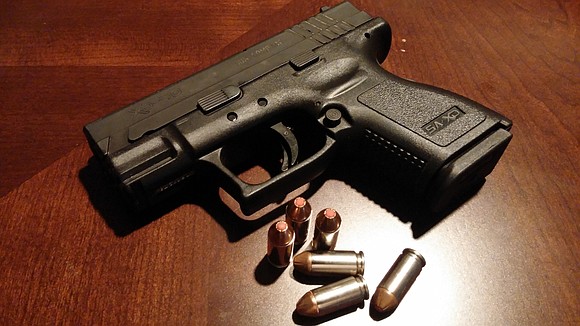 This past weekend two mass shootings took place within 24 hours of each other, leaving 29 dead and even more wounded. If you’re not from the U.S. or are unfamiliar with the gun culture that plagues our nation, that statement might startle you. But for us, the youth of America, these are the sort of statements we grew up on.

I was 12 years old when the Sandy Hook Elementary School shooting took place. I was young enough to not fully understand how the shooter, who suffered from a mental illness, was able to gain access to a weapon, but old enough to recognize that I could’ve been on the receiving end of those bullets. I remember feeling this same way when I heard about the movie theater shooting in Aurora, Colorado just five months earlier. To this day I never feel completely safe in a movie theater, a place that used to once bring me so much joy and comfort.

And although American youths have been forced to bear witness to these acts, images of the shooters on the news leaving permanent scars in our minds, we are desensitized. Mass murder in America has become normalized.

As a young person living in this era, I am aware that the second I leave the comfort of my home and enter a public space I face the threat of becoming a statistic and casualty of another mass shooting. But unlike someone from an older generation, I have lived with this awareness for the majority of my life. And as a young, Black person in America, I am no stranger to awareness. In the back of my mind where you might find a highlight reel of news clips of mass shootings, you’ll also find videos of unarmed Black men and women being killed by the police.

At the root of some of this violence is bigotry. Although the majority of mass shooters are white, carrying out these acts in the name of white nationalism, politicians condemn the individual and not the racism, homophobia or xenophobia they stand for.

On the other hand, much of the violence comes from the gun culture and nationalism that this country was founded on. Future mass shootings could easily be prevented by stronger gun control laws, but many Americans would rather protect their First Amendment rights rather than children in schools. I would ask these Americans: what nationalism are you advocating for and at the expense of whom? People of color or children, perhaps?

Young people are tired and fed up. We are mentally exhausted from having to emotionally process yet another mass shooting, and we are frustrated with leaders who only have the interests of select groups in mind. And although we are desensitized it doesn’t mean that we are not sensitive to the lives lost, and the feelings of their loved ones. If there is one thing that growing up in this era has taught us, it is to be compassionate.