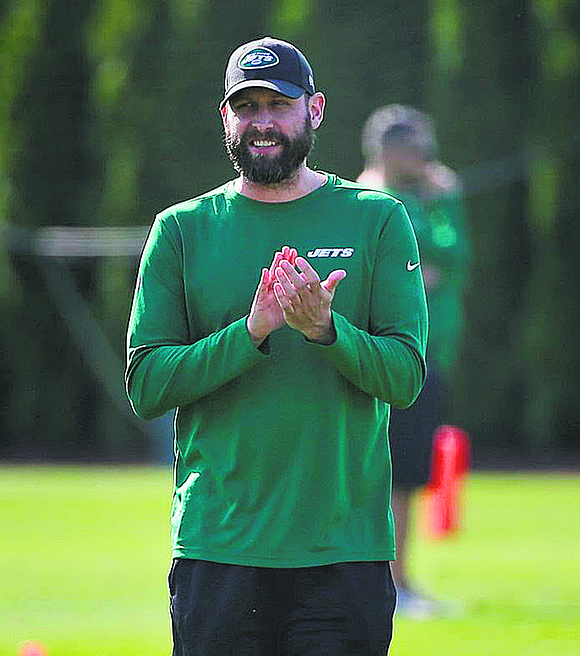 When the New York Jets hired Adam Gase as their head coach at the end of last season, about 12 days after firing Todd Bowles, there were questions and apprehension about Gase’s hiring. And it wasn’t because of any great love for Bowles from Jet fans and the media, but because of who his replacement was.

Gase, like Bowles, was one of the six head coaches fired on Black Monday, the day after the last game of the regular season. Fired by the Miami Dolphins, Gase had compiled a 23-and-25 record in his three seasons there. It was his first head coaching position.

Bowles had compiled a 24-and-40 record in his four years coaching the Jets. His best season was his first, winning 10, losing 6, just narrowly missing the playoffs. Except for a brief interim position, this had been his first head coaching job too.

Gase has transitioned through the offseason, the winter to the summer preparing for tonight, Thursday, the anticipated start of the NFL preseason. Much is expected from the Jets who also fired their general manager, Mike Maccagnan, the executive responsible for Gase being hired, several days after April’s NFL Draft.

Enthusiastic about his new start, the team, the season and the possibilities that await, Gase, like his players is ready to end training camp and play, compete.

“I am. It’ll be fun to watch our guys be able to go fully at somebody else,” he stated, as all players and coaches do.

“I know it’s not the old-school training camp where it’s really monotonous, when you’re 24 practices in before you actually play in a preseason game. I mean, what are we, 10,12,13 [practices in]?”

Twelve, 13, 24, “It’s still the same thing. You want to go against somebody else, different defenses, different looks, different bodies.”

Whatever the number is, to them, players, coaches, it’s all the same thing.

“I think it’s fun for us as coaches, for us to watch, especially when you have guys in their first couple of games, and they get a ton of playing time, and just seeing how they develop, seeing who reacts well under the lights.”

Gase will also get to see his efforts, the decisions put forth between him and new GM Joe Douglas, a friend before their pairing, Maccagnan’s replacement. According to Gase, they have “the same vision.” They think the same. “We’ve been kind of raised the same way.”

Under their preseason lights, this new vision, this shared culture between the new head coach and general manager, the Jets’ game tonight at MetLife Stadium against the Giants is an away game for them. Next Thursday’s game against the Falcons, also an away game, will be in Atlanta, followed by two home games against the New Orleans Saints and the Philadelphia Eagles on the 24th and the 29th of this month.