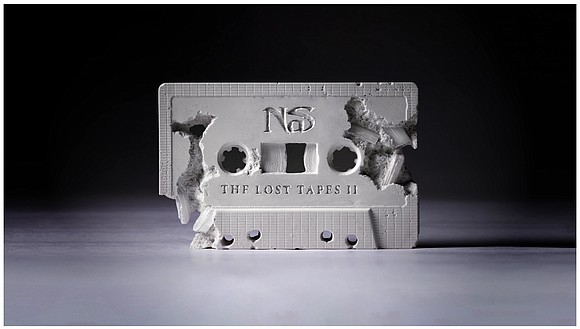 The iconic rapper, who immediately became a force to be reckoned with after the release of his 1994 debut album “Illmatic,” which became a hip-hop magnum opus, shares songs from his vault with class and enthusiasm. “The Lost Tapes 2” is a follow-up to the 2002 compilation album, “The Lost Tapes.”

“The Lost Tapes 2” takes you on a journey through the world of Nasir Jones’ intimate perceptions of life, the streets and his undeniable passion for stylistic beats. The songs on this album may not have made it to Jones’ previous albums but this collection is thrilling, mature, well produced and offers listeners an opportunity to delve into hip-hop archives that in time, will become priceless.

You can catch Nas on the Royalty Tour with Mary J. Blige on Aug. 31 at St. Joseph’s Health Amphitheater in Syracuse, New York.

You can purchase The Lost Tapes 2 at https://nas.lnk.to/TheLostTapes2