Our fight for reparations 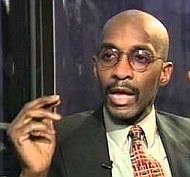 The Dec. 12th Movement International Secretariat will host a screening of the “Durban 400,” a documentary film of the historic World Conference against Racism held in Durban, South Africa in 2001. The film will be shown on Friday, Aug. 16 at 6:30 p.m. in the Gallery of the Harlem State Office Building, located on the corner of 125th Street and Adam Clayton Powell Jr. Boulevard, second floor, Harlem, NYC. Distinguished international human rights attorney Roger S. Wareham will moderate this vital and informative event.

“It seems that everyone is talking about Reparations. Black people must define what reparations are and develop a plan to get them. Reparations is not a plaything for presidential candidates. They are a life and death issue for Black people in the 21st century. The ‘Durban 400’ gives a historical framework about the battle for reparations in the international arena and how we need to proceed in 2019,” Wareham declared.

The “Durban 400” encompassed more than 400 Africans from the United States in Pan-African unity with our brothers and sisters in the Caribbean and on the continent. Their WCAR objectives were the establishment of racism, slavery and colonialism as crimes against humanity, and the demand for reparations.