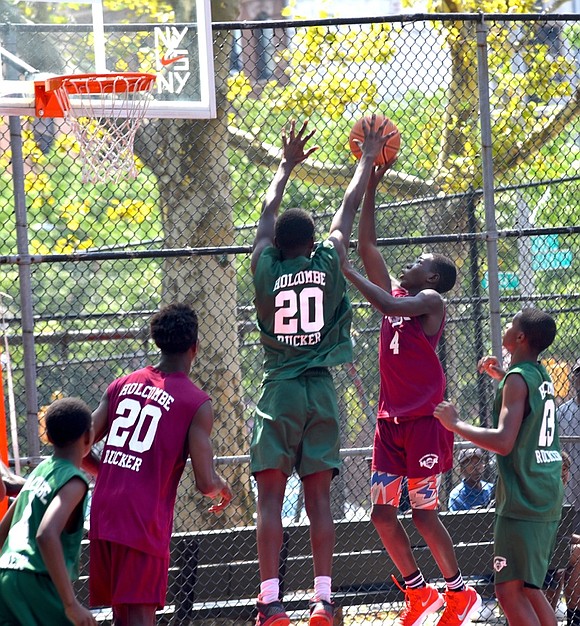 The Rucker championships were held on Sunday, morning through the afternoon, concluding their 10 week summer league basketball program. The league, celebrating their 69th year, features teams comprised of some of the most talented ballplayers and noted coaches from the metropolitan area.

The 14 and under Boys division was won by Milbank, coached by Preston Sharp. MVP: Alfred Bernard. A narrow, 38-36 victory over the Riverside Hawks who fought it out to the end. It was the closest, most exciting ending out of the six championship games of the day.

The Milbank dominance fell short in the 18 and under Boys division, 71-62, as the Minute Men put an end to Milbank’s afternoon win streak. Coached by Tracy Young, the Minute Men was led on the court by the play of MVP, Charlie Casillas.