Berries are berry good for you 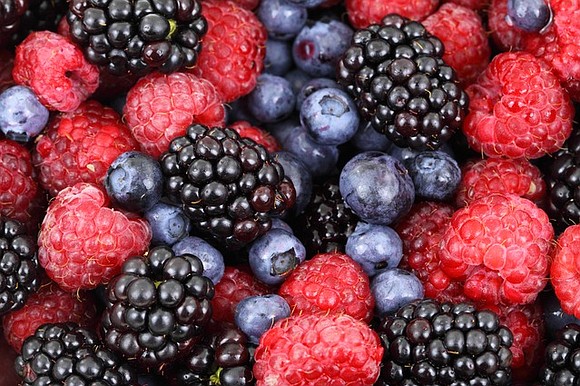 If the great baseball player Darryl Strawberry would have eaten more strawberries, he may have prevented the development of colon cancer.

Berries cost a lot of money at the marketplace, and if you wish to keep them for some period of time in your fridge, I would suggest the following: Do not wash them until you are ready to use them. Spread them out in a large bowl or tray to prevent them from bruising. Also, do not cover them up.

Berries are loaded with nutrients that can prevent cancer, heart disease, strokes, prostate cancer, glaucoma and colon cancer and recently have been shown to nourish the brain, thus preventing even Alzheimer’s disease.

Berries also contain a very high concentration of vitamin C, which can prevent cataracts, cancer, infections and heart disease. Because of the high fiber content found in berries, a normal bowel movement, which should occur at least once daily, can be achieved, thus ridding the body of toxic materials.

Cranberries have also been shown to prevent urinary tract infections. Their juice should be taken in a pure or concentrated form, such as that found in your local health food store. Recently, researchers have reported that certain substances found in berries may be related to preventing prostate cancer.

We should all reflect upon the Native American Indians, who introduced the pilgrims to a diet that included many berries that were foreign to them and that preserved their health.

For further information on berries that are good for you, visit berryhealth.org.