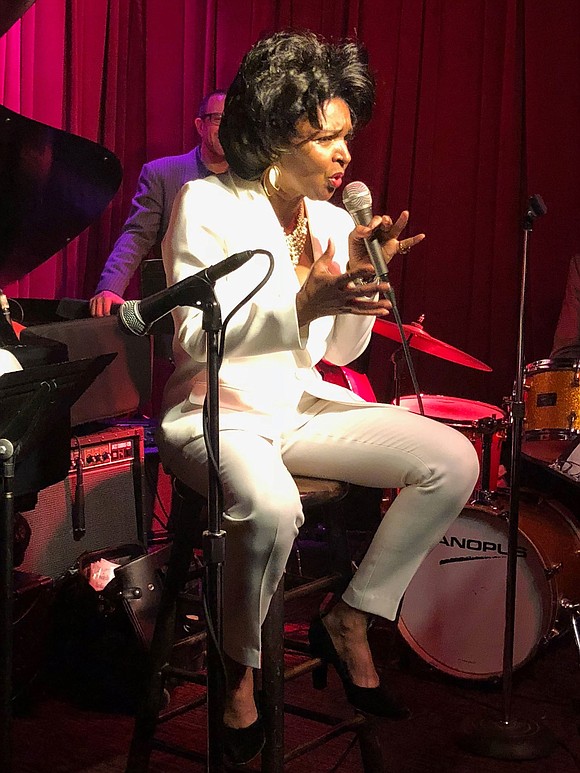 This weekly series offers various perspectives on the jazz genre from straight-ahead to avant-garde, a musical form that is seldom presented in Harlem.

Blue’s music can be described as a fusion of straight-ahead jazz and African groove. He has been a first call saxophonist with such musicians as Charlie Persip Super Band, Wycliff Gordon, Bernard Purdie, Alicia Keys, and The Sun Ra Arkestra. The saxophonist, composer and arranger’s CD “Work” (Jazz Head Records) will be released on October 12. There will be two sets 7 p.m.–7:45 p.m.; 15 min break and second set from 8 p.m.–8:45 p.m.

On August 23, the alto saxophonist and composer Darius Jones performs. He has the capacity to bring you to tears or take you out-in and about. His repertoire includes compositions and performances in electro-acoustic music, chamber ensembles; contemporary, avant-garde jazz groups and modern dance performances. Jones’ 2012 release, “Book of Mæ’bul (Another Kind of Sunrise)” was listed among NPR’s Best Top 10 Jazz Albums of that year. Two sets from 7 p.m.–9 p.m.

On August 27 the Ed Cherry Trio (Noon–2 p.m.) will perform with his trio bassist Kenny Davis and drummer Anwar Marshall. Guitarist Cherry spent over 15 years in Dizzy Gillespie’s band, remaining with the group until the trumpeter’s death in 1993. Since then Cherry has performed and recorded with a variety of noted musicians from Paquito D’Rivera to Hamiet Bluiett, and John Faddis. Cherry is a swinging underrated player deserving of wider recognition.

Harlem Jazz Boxx is spearheaded by innovative trombonist, composer and conceptualist Craig Harris, Carolyn Johnson, president of Welcome to Harlem, a boutique-tour company focusing on the history and cultural diversity of Harlem, and the Arts & Education Continuum.

The Jazz Gallery is the most stimulating jazz club in New York City. Since its 1995 inception it has developed a home where the youngest generation of emerging professional jazz musicians can explore their adventurous concepts with opportunities to collaborate with their peers, and perform in front of eager audiences.

On August 16 Taylor Ho Bynum 9-Tette will take the Jazz Gallery stage for two sets at 7:30 p.m. and 9:30 p.m. The Taylor Ho Bynum 9-tette splits the difference between Bynum’s long-running Sextet and his 15-piece PlusTet creative orchestra. The cornetist and composer will be joined by eight musicians from New York, Boston, and Chicago, a multi-generational, multi-cultural, and multi-perspective crew.

Celebrating the pre-release of their next recording, titled “The Ambiguity Manifesto” (scheduled for September release from Firehouse 12 Records, but advance copies will be available at the concert), the music blurs the lines between composition and improvisation, between solo and ensemble. The work draws upon lessons learned in Bynum’s 20-plus years of experience with some of the innovators of 20th century creative music, like Anthony Braxton, Cecil Taylor, and