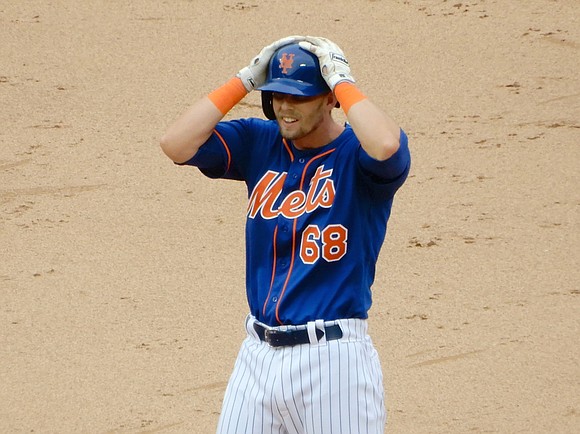 Over the past five weeks, the Mets have resiliently and what has been unforeseen by most followers of Major League Baseball, rocketed their way into playoff contention. They were a disappointing 40-51 on July 12, well out of first place in the National League East division and far off the wild card pace.

They looked every bit like a team that would make significant changes to their roster as the MLB trade deadline approached with an eye on next season and beyond. In what has become an annual rite with Mets fans, the team’s manager, general manager and ownership were soundly criticized for the abject failure the season had become. Manager Mickey Callaway, first-year GM Brodie Van Wagenen, and owner Fred Wilpon and his son Jeff Wilpon, the franchise’s COO, were each held accountable for the Mets being in virtually the same infirm state they were on July 12 of last year, when they were 37-54.

Then a dramatic resurrection ensued. When the Mets faced the Atlanta Braves last night (Wednesday) on the road, they had gone 21-6 in their last 27 games to elevate themselves to 61-58 and only two games out of the second wild card spot. After winning 15 of their 16 games from July 25 through this past Saturday, the Mets were looking to end their first two-game losing streak in the last 28 days last night in the second game of a three-game series against the Braves, who at 71-50 held a six game lead in the NL East over the Washington Nationals and were nine games ahead of the Mets and Philadelphia Phillies, who were tied for third place.

The Mets’ 5-3 loss to the Braves on Tuesday may have been more costly than dropping one game in the standings. Second baseman Jeff McNeil, who is batting .332 and started the game with the second highest average in the NL, sustained a left hamstring injury hustling to beat out an infield single in the ninth inning. He was scheduled to have an MRI yesterday to determine the extent of the injury. Any extensive time without McNeil in the Mets’ lineup would be a substantial void as their schedule becomes more perilous.

After concluding their series with the Braves tonight, they will travel to Kansas City to play three games against the Royals tomorrow through Sunday before an 18-game span beginning Aug. 20 and ending Sept. 8 during which the Mets will have to deal with in succession the Cleveland Indians (three games), the Braves (three games) and the Chicago Cubs (three games) all at home at Citi Field. They will then hit the road to play three-game series versus the Philadelphia Phillies and Washington Nationals before returning to Citi Field on Sept. 6 to end the gauntlet with three against the Phillies again.