With success last season and this summer, more eyes will focus on Brooklyn’s schedule 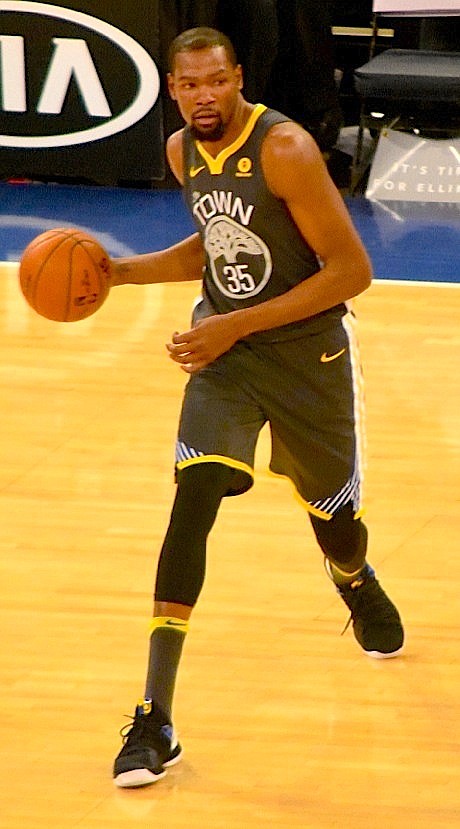 The off-season signings of Kevin Durant and Kyrie Irving and their six-seed 2018-2019 season finish will bring more eyes and give more shine to the Brooklyn Nets, who’ve announced their upcoming season schedule this week.

Brooklyn will be featured on national television 20 times during the upcoming season—six games on ESPN, six games on TNT and eight games on NBA TV. Twenty percent of their 82-game schedule. Regionally, their games air on the YES television network and WFAN radio locally.

Brooklyn’s regular season begins at home, Barclays Center on Atlantic and Flatbush on Wednesday, Oct. 23, against the Minnesota Timberwolves, and then the New York Knicks two days later, Friday Oct. 25.

Brooklyn will embark upon their first road trip, a one-game visit to Memphis to play the Grizzlies on Sunday, Oct. 27.

Their longest time away from home will begin later that week, Friday. It’s a nine-day, five-game road trip beginning in Portland, then to Phoenix, then to Utah and Denver concluding in Chicago.

The Toronto Raptors, the defending champions, but now without Kahwi Leonard who left to play for the Los Angeles Clippers, will visit the Nets in January and February. The Golden State Warriors, now without Durant, visit Brooklyn in early February.

The Boston Celtics, from which Irving defected, play Brooklyn in Boston Nov. 27 and come to Brooklyn to play on the 29th. The two will also play again, twice in March.

In addition to their October match-up against the Knicks, Brooklyn will play them three more times. A Madison Square Garden game in late October, the day after Christmas in Brooklyn, and again at the Garden on Jan. 26.

The Houston Rockets, who have teamed up James Harden and Russell Westbrook, open up the month of November with an appearance in Brooklyn.

LeBron James and Anthony Davis, now teammates on the Los Angeles Lakers, are also on Brooklyn’s home schedule for January, listed on the 23rd.

Brooklyn, who’ll play 11 back-to-backs during the season, will close their regular season out at home against Giannis Antetokounmpo, the Milwaukee Bucks, the last of their three 2019-2020 meetings on April 15. They both could meet again, depending on their ability to qualify and/or advance in the postseason.