Were they fair to Telfair? 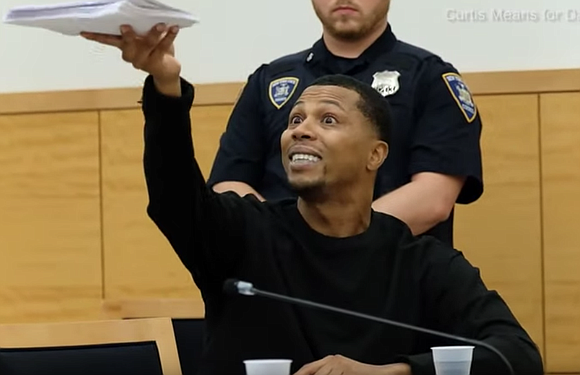 Hip-Hop, basketball, and hustlers! That trinity of entities were immortalized by the late, great Notorious B.I.G. with lyric ‘Either you sling crack rock or you got a wicked jump shot.’ For the longest either of these professions were the only successful ways out of the atrocities of the ‘hood.’ Of the three, the route paved with the least amount of penitentiary chances would be that of professional athlete—the operative word being least. While athletes were known to hang with a few nefarious characters from time to time, they would oft times steer clear of the law. There are rare occasions when athletes run afoul of the law and an example is made. The latest incident occurred on Monday, August 12, as former NBA player, 13th overall pick in the 2004 NBA Draft, and New York legend Sebastian Telfair met his legal fate. Stemming from a charge in 2017 the charges were laid out via the Brooklyn District Attorney’s Office:

The District Attorney said that, according to trial testimony, on June 11, 2017, at approximately 2:50 a.m., officers in an unmarked police car saw a Ford F-150 parked on a center median at Atlantic Avenue and Classon Avenue in Clinton Hill, Brooklyn. The pickup truck then made a U-turn off of the median, in front of the police and continued to drive down Atlantic Avenue without turning on its headlights. When officers approached to perform a traffic stop, the smell of marijuana was present, as was a lit marijuana cigarette in the car’s console,

Telfair was observed in the driver’s seat, and a second man was seated in the front passenger seat. Following the arrest, police conducted a search of the truck and recovered a loaded .45 caliber gun in the console.

In an article placed on SI.com, a NYC criminal defense attorney and former prosecutor Jeremy Saland stated, “You could have a permit to carry a gun elsewhere in the state of New York, but if you don't have the requisite license in the city you will face a criminal charge.” For further emphasis he added the gravity of the New York firearm laws, which are among the strictest in the U.S. by saying, “If you posses a loaded firearm outside your home or place of business without the requisite permit you will spend a minimum of three and a half years in a cold cell somewhere upstate upon conviction. Even more frightening, you could be calling state prison ‘home’ for five, ten and up to fifteen years.”

Telfair was sentenced to the three-and-a-half-year federal prison minimum for possession of a loaded firearm.  Years of toil to escape the trappings of the concrete jungle (in this case Brooklyn, NY) via utilizing a god given talent in the process, only to return to the trappings of the concrete jungle? At 34 he still has plenty life left and hopefully he can utilize this benching as a learning tool. The streets don’t love NOBODY!

Over and out. Holla next week. Til then, enjoy the Nightlife.