Méité eager to start her season 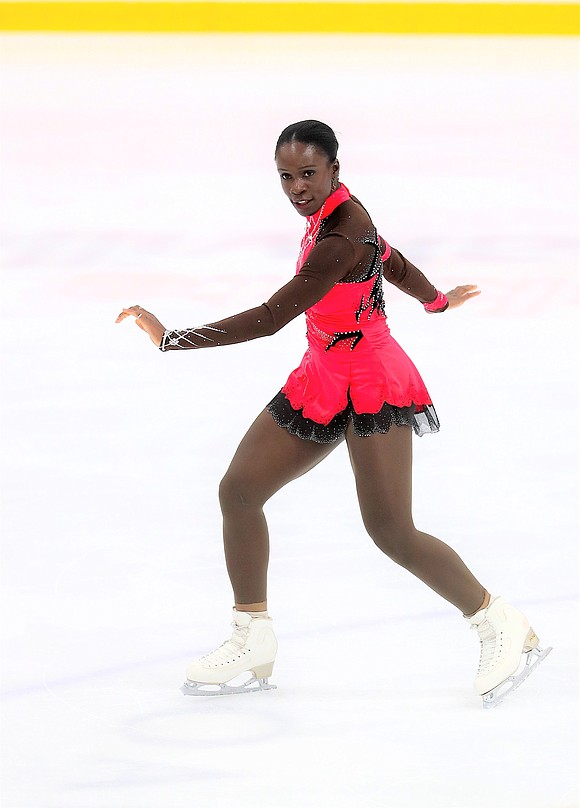 “It’s beautiful and the people are amazing,” said French figure skater Maé-Bérénice Méité about life in Tampa, Florida, where she has been training for the past year. Prior to working with coaches Silvia Fontana and John Zimmerman, Méité trained in Chicago and at home in Paris, often without training mates. In Florida, she’s been surrounded by fellow French Olympians Vanessa James and Morgan Ciprès as well as French men’s champion Kévin Aymoz.

“We all saw the results of Vanessa and Morgan, and that’s what I was looking for,” said Méité, 24. Since moving their training base to Florida, the pairs team of James and Ciprès won their first European title and first World Championship medal. “I really wanted a [coaching] team that would get to know me and to not be going from one coach to another. I wanted to build a very solid and strong relationship with my coaches and my team. I didn’t want to be by myself.”

Méité’s season gets underway this weekend when she competes at the Aurora Games in Albany, New York. Aurora Games is a showcase for multiple women’s sports. In addition to figure skating, there will be gymnastics, basketball, tennis and more. Méité will perform her competitive short program and an exhibition style free skating program.

“It’s very interesting because it’s unusual,” said Méité. “It’s more like an exhibition style, but you compete for a team, so I’m very excited to see everybody else and to see what they’re doing. I want to have a little feedback from the audience regarding the short program. I’m very excited.”

Méité, a five-time French Champion and two-time Olympian, will represent the world team along with Japanese skater Akiko Suzuki. America’s team will include current and past U.S. Ladies Champions Alysa Liu, Ashley Wagner and Mirai Nagasu. She’s disappointed that the gymnastics event will be done before she arrives because she wanted to see U.S. gymnast Katelyn Ohashi perform.

After Aurora Games, Méité next competes in mid-September at the Autumn Classic in Oakville, Ontario, Canada. After that she launches into a busy fall competition schedule. She’s eager to see how her improved technique and style will be received. The on-ice and off-ice training have made her stronger.

“My knees are much better and I’m pretty good,” said Méité, who grappled with injury during the 2017-18 Olympic season. “A few things are hurting, but not major things, so I’m doing pretty well.”