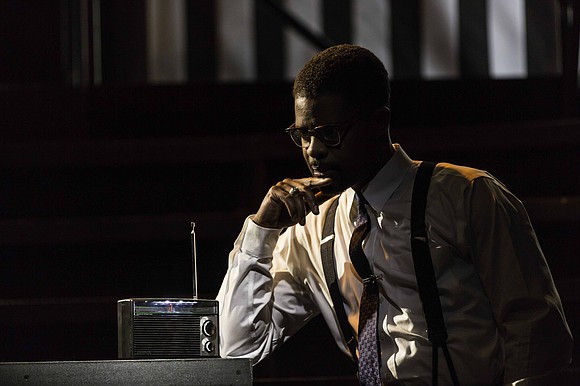 The Acting Company is presenting “Native Son” with a book by Nambi E. Kelley. Based on the 1940 novel by Richard Wright, it looks at the way in which Black men were perceived by white society decades ago—namely, as stupid, criminal, unworthy. Sadly, protagonist Bigger Thomas, not only knows how white society views him, but he accepts their view of him to a point. He knows that he must bow to the will of the white man and work for him.

Something very distinctive about Bigger is that he dreams. He has dreams of flying and becoming a pilot, and has aspirations of accomplishing things that current society holds he is incapable of doing. Bigger also realizes the power that Black people have and knows that if we harnessed that power we could do great things as a people. But he lives in a hopeless time, when being Black is a reason to be murdered, as his father was, and to be belittled and humiliated. Being Black is a reason to hold your head down and to be ashamed that you have a limited education that you are possibly ignorant of many things happening in the world around you, while you are also very conscious of the unfair prejudice that you and your loved ones experience simply because of your race.

Bigger, after being in prison for stealing, comes out and gets a job as a chauffeur for the Daltons, a rich white family. Their daughter, Mary Dalton, gets drunk and comes onto him. He ends up in her bedroom, trying to help her to her bed because she’s drunk and can’t walk on her own. When he tries to avoid her mother discovering that he is in her bedroom, things goes terribly wrong.

“Native Son” is playing at The Duke Theatre on W 42nd Street through Aug. 24. For more info, visit