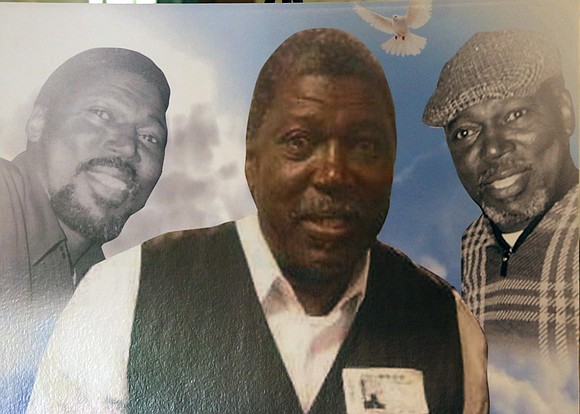 Benjamin “Ben” Carr, 69, of Staten Island, N.Y., was born in Rocky Point, N.C. Oct. 10, 1949 to the late Hazel and James Carr. He was the eighth of 10 children and was preceded in death by five of his siblings, Hazel Banks, Roy Carr, Andrew Carr, James Carr and Vernetta Murphy. He graduated from New Hanover High School before moving to New York City to work for many years as a construction worker and street paver.

Ben was working in the Gowanus houses in Brooklyn where he met Gwen. In 1978 the two had a brief relationship and reunited in 1997. The pair's union would later take place July 4, 1997. Ben was always protective over his wife Gwen. He was seen regularly supporting her in their fight for justice for his stepson, the late Eric Garner. He fought so very hard for Eric’s justice, always spoke so highly of Rev. Al Sharpton and Elder Kirsten John-Foy for continuing to fight and support the family on and off the cameras.

Ben joined the neighborhood Charity Baptist Church in Brooklyn under Bishop Kareem Evans in 2010 and later became a member of the Christian Love Baptist Church in Irvington, N.J., where he joined under Rev. Ronald Christian. Other churches Ben attended included: Mt. Sinai with Bishop Victor Brown and New Hope Memorial Church with Pastor Steffie Bartley. Ben was very close to them all. Ben was an active member in his community. He enjoyed spending his free time at local churches joining Rev. Maggie Howard and Cynthia Davis in efforts to distribute food to the less fortunate. He was always willing to donate his time toward aiding others. Ben also loved to cook, frying fish and turkeys was his specialty, and friends and family would come from everywhere to enjoy his food.

Ben will be remembered for his boldness in letting people know unapologetically whatever was on his mind. Ben was a friend to all. People loved him and if you didn’t, he’d say “It don’t bother me.”

A. R. Bernard officiated the funeral at Christian Cultural Center in Brooklyn.