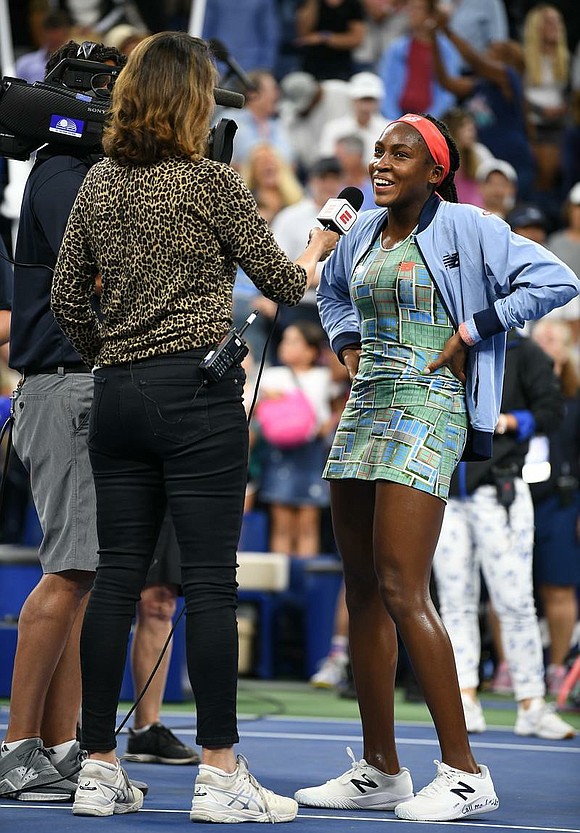 The new season of "Power" and the US Open are the hottest things popping off this week.

The world's greatest tennis players and the tennis world's most inspired hopefuls have converged upon New York City this week, and for some, next week, to exert their talents and their powers on the courts of the Billie Jean King National Tennis Center in Flushing Meadows, Queens vying for cash prizes and the tourny's prestigious silver cups and plates.

"I feel like I'm here to that," said Williams. "We'll see what happens."

Unfortunately, big sister won't have any conflicts in scheduling when it comes to attending little sister's matches, because Venus was ousted yesterday (Wednesday) in the second round.

Sloane Stevens, the 2017 women's champ was on this week's Open schedule also, but off just that quick after losing Tuesday night in the first round. Stevens was the first of the top name players in the Open to exit.

Rafael Nadal, the guy with the smile and 2017's men's singles winner, and 20-time Grand Slam champion Roger Federer have advanced to Round 2.

Coco Gauf, only 15 years old, the darling of this summer's Wimbledon tournament continued to endear herself to tennis fans and impress those visiting the Queens tennis center the way she impressed the Wimbledon crowd in London, England.

A fan of the New York crowd already, Gauff attributes her first round win to those who cheered her on Tuesday afternoon.

"The crowd really helped me the whole match," noted Gauff. "It was really a great atmosphere to play in, and a great experience for me."

Players will compete in one and done men's and women's singles and doubles matches, mixed doubles, and wheelchair matches on through the championships on Saturday and Sunday, September 7th and 8th.