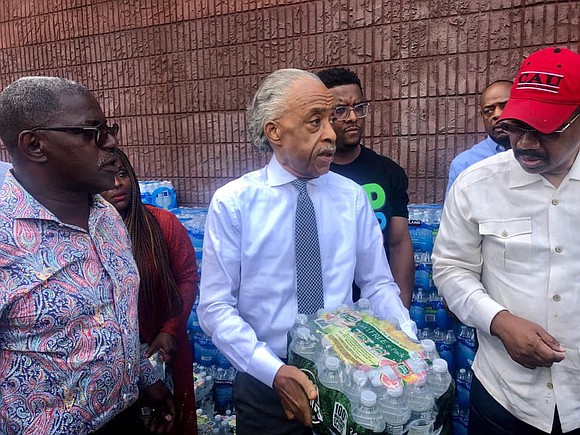 The water continues running dry in Newark, New Jersey but how long will it take before its even safe to drink? Officials have a plan in place but it could take years.

Baraka said that a $120 million low-interest loan, made possible by the Essex County Improvement Authority, will be used to replace every lead service line in Newark at no cost to homeowners. The cost of replacing the 18,000 lead service lines ranges between $5,000 to $10,000. The process could reportedly take eight years.

“This is big news for the city of Newark but also sets a precedent across the country about how New Jersey is stepping up to the plate to address water infrastructure challenges for its residents,” he said. “This is the culmination of all of our efforts to create a permanent solution to eliminate the risks of lead by replacing all lead service lines in our city.”

The Lead Service Line Replacement plan started in March. Since then, more than 770 lead service lines have been replaced. Bottled water continues to be distributed to residents in the Pequannock service area out of an abundance of caution until additional testing is received.

“Over the last few weeks, we have seen an incredible outpouring of support from volunteers who are stepping up to support their neighbors by distributing bottled water,” Baraka said. “Now, we look forward to going door-to-door with our tremendous volunteers to help residents participate in our Lead Service Line Replacement Program in the coming days.”

Activists and community leaders continue their efforts and advocacy to speed up the process to fix the pipes. They are also filling the gap by passing out bottled water to local residents.

Rev. Al Sharpton continues his crusade in Newark by passing out cases of bottled water Sunday at the National Action Network’s Newark Tech World. Baraka was not at the event.

“We want people to understand that faith leaders do more than just preach Sunday and go home,” Sharpton said to the media. “There is blame to go around, but right now there needs to be water that is distributed. I wanted [Baraka] to be here so [people] would not get the misunderstanding that we were accusing people of things before we know what happened.”

Protesters demonstrated outside of the MTV Video Music Awards that took place in Newark this week to bring attention to the water issues. The awards show was one of the largest and most attended events in the city’s history. Protesters reportedly rushed barricades with signs before they were contained by police.

“This is a huge event for the city, but you can’t have that with this understory of poison water,” said Anthony Diaz, with the Newark Water Coalition: “I don’t care if we’re an inconvenience to you; fix the water.”