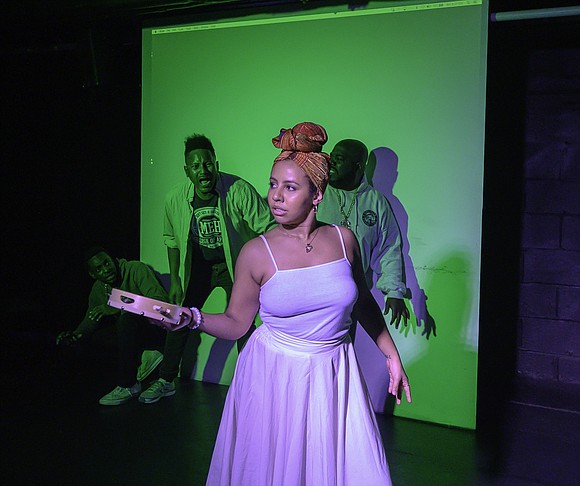 'The Best Things In Life'

David Lamb is well-known and appreciated for his very funny plays “Platanos & Collard Greens,” and “Platanos, Collard Greens & Callaloo,” and he has now penned “The Best Things In Life,” his take on the classic Charles Dickens play “A Christmas Carol.” Lamb brings this story into present day and Scrooge is now a hip-hop artist who has made it big by performing lyrics that show selfishness, self-absorption, and a blatant disrespect for our people. His hit song is titled “It’s Good To Be Greedy,” and he decides to start a clothing line called “Incarcerated,” which gives you an idea of how far gone he is.

Scrooge has business associates, Crachit and Don Dolla, who he bosses around. They were with him when he was a nobody in college and have stayed by his side, but he has no allegiance to anyone. Cratchit looks at the situation realistically and realizes that Scrooge isn’t trying to think about him. Don Dolla is too busy kissing up to Scrooge. Belle is a beautiful girl who knew and loved Scrooge before he became famous, but who avoids him now because of his new persona.

All of the characters including Camille, a friend of Belle’s, met in college and they have all experienced the negative change in Scrooge, who went from a shy, quiet person to someone completely obnoxious—that is until he was visited by the ancestors.

The play has book and lyrics by Lamb and includes songs and raps. It is a very entertaining time at the theater. The characters, especially those of Cratchit and Don Dolla are very amusing. The cast was quiet enjoyable to watch and included Mera as Scrooge; Nisarah Lewis as Belle; Julian Kingston as Cratchit(hilarious!), Gabriel Hamilton as Marley and Don Dolla; Nemesis Irizarry as Camille/Reporter, S.O.A. and Daniel Hickman as NeoSoul.

The show was mounted in November at the Improv Asylym at 307 W 26th Street and is being mounted again in that location on Saturday, Dec. 7 at 7pm. Go online and reserve your seats. You’ll definitely have fun!