The Bills are NY's only winning NFL team 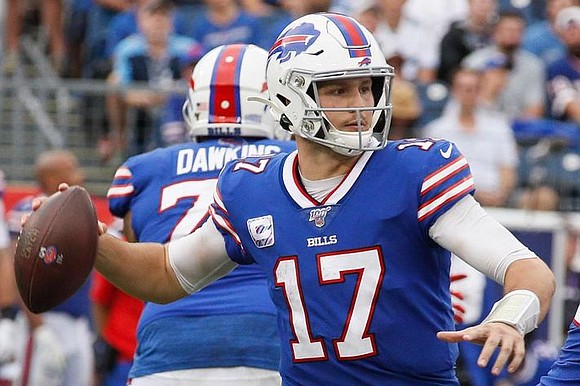 If there’s no consolation or solace in cheering for the New York Jets or Giants, a 4 and 8 team and a 2-10 one, remember that there’s another New York football team that goes forgotten in this part of the state. They’re the Buffalo Bills, five hours, 56 minutes, 358 miles away from MetLife Stadium across the GW bridge in Rutherford, New Jersey, or from here in midtown Manhattan.

Buffalo, under head coach Sean McDermott, in his third year, his first head coaching position after holding various assistant positions since 1998, is currently 9 and 3 in the AFC East. They’re in second place behind the New England Patriots, the defending Super Bowl champions. They’ve defeated both the Jets, also an AFC East team, and the Giants back-to-back earlier this season. Buffalo has more wins than both of these two New York teams combined.

Buffalo’s most recent win was on Thanksgiving Day in Dallas, Texas, a prime time 26-15 road game against the Cowboys. They’ve won 4 out of their last 5 games. They’re 5 of 7 since their bye in Week 6.

“It’s just another win, another step in the right direction,” said wide receiver Cole Beasley who logged 110 receiving yards on six catches against Dallas where he spent the first seven years of his career. He signed with the Bills in March.

“It’ll be the most satisfying day when we win a Super Bowl,” said the Bills’ ambitious receiver.

Josh Rosen, the Bills quarterback who threw those six passes and 13 more connecting on 19 of 24 overall for 231 yards, a career-best, a 120.7 passer rating, is in his second year with the Bills. He was drafted out of Wyoming in 2018, the seventh pick of Round 1. Buffalo originally held the 12th pick, but was able to trade up with the Tampa Bay Buccaneers who originally held the seventh first round pick.

Rosen began his sophmore year defeating the Jets, Giants and Cincinnati Bengals. With a 4 and 1 start, their one loss was to New England, 16-10 in Week 4. Rosen was injured and replaced early in the fourth quarter, a 3rd and 8 play due to a concussion at the 14:54 mark.

Buffalo faces their greatest challenge of the season in the next three weeks. First, on Sunday at home against the Baltimore Ravens (10 and 2) who are led by one of the hottest quarterbacks in the NFL, Lamar Jackson, an MVP candidate, also drafted in 2018, but late in the first round.

The Bills then travel to Pittsburgh to play the Steelers who are headed by a potential “Coach of the Year” candidate, Mike Tomlin, followed by the Patriots in New England on the following Saturday, a shortened week before ending the season against the Jets at home, the last Sunday of the regular season.