The Nets’ Dinwiddie excels as starter or reserve 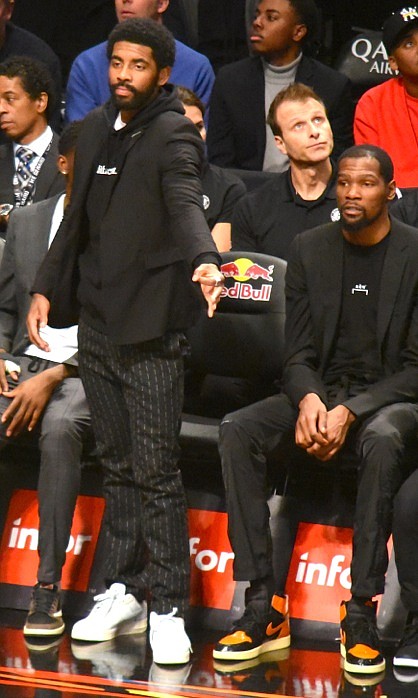 When Kyrie Irving returns to the Brooklyn Nets’ starting lineup, possibly next week, one thing is certain, there will be less minutes for point guard Spencer Dinwiddie.

Dinwiddie has successfully held down Brooklyn’s backcourt during their last 10 games, replacing Irving who averaged 24.7 until his injury.

Brooklyn, who played the Atlanta Hawks on the road last night (Wednesday, Dec. 4), and is on the schedule for the Charlotte Hornets tomorrow (Friday, Dec. 6), has won six and lost three with Dinwiddie at the point before this two game road trip.

Dinwiddie has averaged 25 points per game as a starter. He’s had three games of 30 points or more plus his contributions of assists and rebounds. Last week, Dinwiddie earned an “Eastern Conference Player of the Week” title.

“He’s playing as good as anybody in the NBA right now, in my humble opinion,” said Brooklyn’s head coach Kenny Atkinson.

“When Kyrie comes back, I think that’s just going to give us a team with more depth, a more powerful team.”

There’s no doubt that having an abundance of scoring is essential, and starting and coming off of the bench are two completely different roles, but the approach to both is not that much different

“My approach to the game is very similar either way. It’s whatever the team needs to win, and then the role kind of dictates what that is,” said Dinwiddie. “Sometimes it will be defense. Sometimes it will be offense.” He used Friday’s game plan against the Celtics to further his point.

“Today they wanted me to be really aggressive guarding Kemba [Walker], trying to deny him the ball.” A plan that worked. Walker, a 21-point plus scorer, was limited to 17 that day.

Brooklyn’s game plans and the teams they play will be expanded as Brooklyn takes full advantage of their prolific scorers. It’s possible that we’ll see Irving return next week at home against either Denver on Sunday, Charlotte on Wednesday, or Toronto on the road next Saturday, to see how Atkinson works it all out.