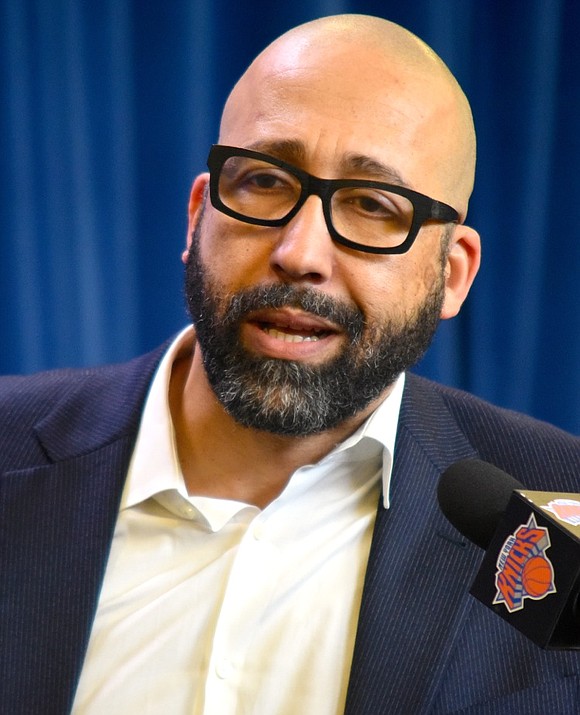 There is no elixir to the Knicks’ myriad issues. The reconstruction of their markedly damaged foundation will be methodical rather than dramatic.

Knicks president Steve Mills and general manager Scott Perry, under the franchise’s ownership of James Dolan, had visions of a rapid one-year turnaround, but it vanished with the same desperate disappointment of a parched nomad seeing a mirage of a flowing river in the middle of a desert when Kyrie Irving and Kevin Durant signed with the Brooklyn Nets.

The firing of former head coach David Fizdale last Friday after another inexcusably lifeless Knicks performance at home—a 129-92 shellacking by the Denver Nuggets—doesn’t address what ails the team. Those who contend it was justified have a plausible argument. Fizdale was on the losing end of 83 of the 104 games he coached with the Knicks beginning last season.

But few coaches, past and present, would have a much better record. It wasn’t the X’s and O’s of Fizdale more than the limitations of the Jimmys and Joes out of whom he was charged with squeezing wins. Mike Miller, who previously guided the Knicks’ G-League team before becoming an assistant under Fizdale this season, has been elevated to the chief voice on the bench to temporarily replace Fizdale. Yet the main issue of the roster remains the same.

The Knicks are near the bottom of the league in the unofficial category of talent rankings, and their current place in the standings affirms this assertion. They faced the injury riddled Golden State Warriors last night (Wednesday, Dec. 11) with the worst record in the NBA at 4-20. The Warriors, with Stephen Curry and Klay Thompson sidelined, were understandably barely ahead of the Knicks at 5-20 when the game began.

It was the Knicks’ second game of a six-day, four-game road trip. They were easily handled by the Portland Trailblazers, 115-87, in a reunion with Carmelo Anthony on Tuesday night, as Damian Lillard’s 31 points did most of the damage. It was their 10th straight loss.

The Sacramento Kings are next up tomorrow night and the Denver Nuggets afterwards on Sunday before the Knicks return home to the Garden to host the Atlanta Hawks on Tuesday. They will do so with players such as Marcus Morris Jr. and Julius Randle built to be valuable secondary contributors on better teams but who are currently compelled to fill the roles of leading men with the Knicks that are occupied by All Stars on playoff teams.

Perhaps Fizdale’s most egregious shortcoming was his inability to motivate his players to intensely compete on a regular basis. After his final game as the Knicks’ coach last Thursday versus the Nuggets, Fizdale described his erstwhile team’s effort as “sickening.”

Indeed it was as boos rained down from the crowd at MSG. There will be many more of those nights before the Knicks’ resurgence ultimately takes hold.