Getting in on the ground floor of the hemp industry 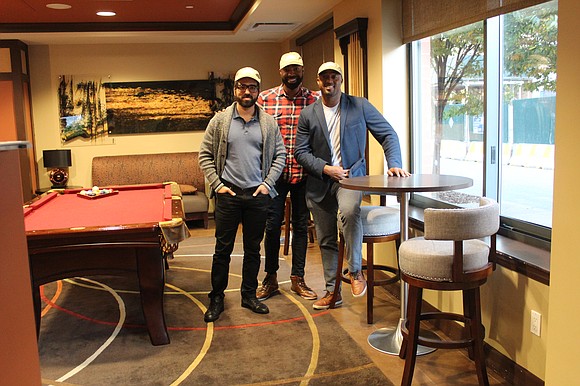 Reports indicate that the legal weed business in this county is an $11 billion industry with just a little over 4% of businessowners being Black. As with most industries, a lack of access to capital is the culprit.

As marijuana legalization seems closer and closer in New York State, 2019 had some notable victories in cannabis.

One highlight was the legislation expanding the decriminalization of recreational use of cannabis; however it still remains illegal in the state. However, 62% of New York voters support legalizing and taxing marijuana making it bound to be a political issue in 2020.

However, while decriminalization and legalization have been key topics this year when it comes to cannabis, conversations are stirring about capitalization. Black entrepreneurs are already getting in on the ground floor of what could be an economic boom if marijuana becomes legal in New York State.

Heavy hitters in states where cannabis is legal include Hope Wiseman, who became the youngest African American dispensary owner in the country. She owns a medical dispensary in Prince George’s County, Maryland. Also, Brittany Moore and Alphonso T. Blunt Jr., who opened the first equity marijuana dispensary in Oakland, Ca.

But is it smart for Black entrepreneurs to cash in on the so called “green rush” in New York State when cannabis isn’t legalized yet? Three Harlem-based entrepreneurs say, “yes.”

Julio Casado, Marvis Burns and Landon Dais are the key executives of Plant Inspired Future (PIF). The New York-based company is only one of seven multi-state Black and Latino-owned cannabis companies. Casado serves as CEO of the company while Burns is COO and Dais serves as chief strategy officer.

Obtaining what’s known as a hemp profiting license, PIF currently sells Cannabidiol (CBD) herbal tea that doesn’t contain THC. The company hopes to sell other hemp products and when the state legalizes marijuana, PIF will convert to a dispensary in Harlem.

“We are traditionally shut out from the main streets of getting into an industry we have to find our way to get in,” Casado said. “Hemp is already legal nationally. Getting a license isn’t the be-all end-all. We need to be at the forefront of this industry. The purpose of our company is to destigmatize what cannabis is.”

PIF also has a license in Michigan and is working on obtaining one in Illinois.

Dais said while the marijuana industry is fairly new, those wanting to get in on the ground floor should obtain a hemp license as one of the first steps. After that, getting to know the industry is key.

PIF’s team recently attended a cannabis auction where there wasn’t a high attendance. The team was able to meet other entrepreneurs. PIF’s operations are currently online and they hope to open a brick and mortar location in Harlem next year.

“We are looking to secure a retail location next year and we can do a lot of education,” Dais said. Education is a big part of securing a retail location. “All of our products are made in New York and we are big supporters of the farmers in upstate New York. We want to make sure that the Black and Brown also experience the economic boom and prosperity.”

Owning a business also means providing jobs and helping the community. PIF is raising money in its Michigan operation to help with the water effort and provide jobs to people. In New York, PIF hopes to provide jobs to those who were previous victims of the war on drugs.

“There’s real innovation in this space,” Casado said. “It’s not just cannabis as we know it. It’s so much bigger than that. Historically, this plant has been cultivated for thousands of years. We need to be the first ones to move on this and it can be a wealth-generating engine for the future.”