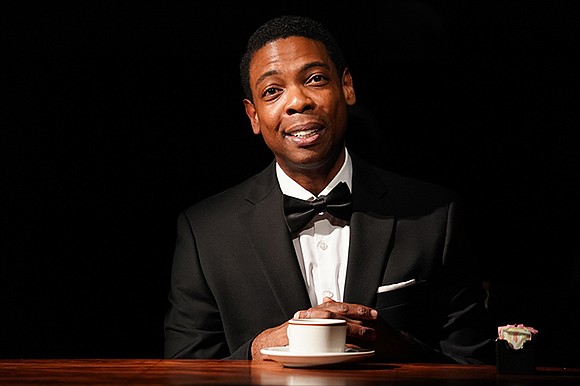 Michael Benjamin Washington in 'Fires In The Mirror'

Anna Deavere Smith’s brilliance, love for her fellowman and her portrayal of the racial tensions that arose in 1991—when 7-year old Gavin Cato died under the wheel of a car in the Grand Rebbe’s motorcade in Crown Heights—are so richly demonstrated and profoundly felt by the audience during “Fires in the Mirror,” playing at the Signature Theatre. Smith’s intensely conceived and written work is one of the most beautiful examples of journalism come to life. She personally interviewed dozens of people after Cato was killed, from both sides of the divide: the West Indian community, which lost this young life, and the Jewish community, which as a consequence of Cato’s death, lost the life of Yankel Rosenbaum.

Through Smith’s candid, vivid, enthralling capturing of the heart, emotions and trauma that had been suffered by everyone due to the child’s death, the audience is able to see this tragedy from many perspectives. Smith also interviewed community activists including the Rev. Al Sharpton, Angela Davis and Sonnie Carson, people who wanted to stand for the family and this travesty that had occurred in the Black community of Crown Heights. It is riveting to hear from the 24 characters depicted here.

When “Fires in the Mirror” was originally performed I was fortunate enough to see Smith perform it herself, but I must say she has passed the torch on to an actor who plays her baby to perfection. Michael Benjamin Washington is a theatrical tour-de-force as he effortlessly transitions from character to character. He has the audience from the moment the play opens, when he plays an anonymous Lubavitcher woman and shares her concerns for what this event meant to her and her community. Washington’s performance helped the audience not to see a Black man standing there, but to see a young Black Haitian girl, George C. Wolfe, Minister Conrad Mohammed, Letty Cottin Pogrebin, Rabbi Joseph Spielman, Richard Green, Norman Rosenbaum, Henry Rice and several others. Some of these names may not sound familiar to you, but they were all affected by that fateful day in August 1991. Cato’s killing sparked confrontations with police, rioting, and looting of Jewish businesses, and the audience gets to look at these scenarios from all sides. Washington navigated through Smith’s complex and character-defining words with grace and ease. And it was so justified to let Cato’s father, Carmel Cato, have the final word. I have never been so moved to hear a father speak of the senseless devastation that has befallen him and his family. For this tragedy to happen to his baby boy was never something he could have been prepared for and it just broke his heart, and the hearts of those of us who heard this father’s words; a flood of tears spilled down Washington’s cheeks and chin, it seemed to be a never-ending flow.

This play is heart-wrenching, powerful, thought-provoking and moving to experience. It will leave you stunned after you sit for 1 hour and 45 minutes straight. I must say I was so touched by this production and the passionate performance of Washington, as others around me shouted “BRAVO,” I simply couldn’t speak, all I could do was stand and clap as loudly as I could.