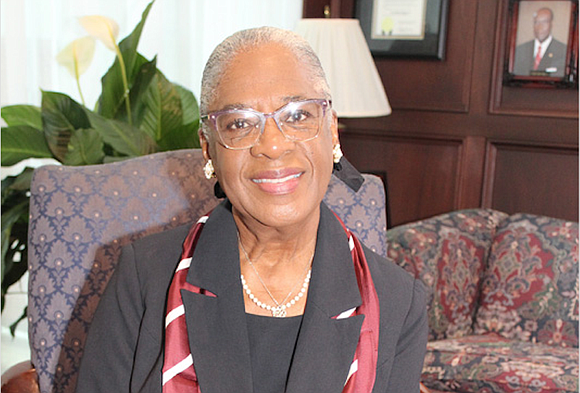 At age 80, Donzella Washington fulfilled her late husband’s dreams for her of obtaining her college degree. She also made some history along the way.

Earlier this month fall commencement exercises were held at the historically Black Alabama A&M University (AAMU) in Huntsville, Ala. and when Washington walked across the stage, she became the school’s oldest person to ever graduate with her degree in social work.

Washington’s story started when she met her husband in California at church. The two bought a farm and became foster parents to 30 children, many of whom became successful professionals.

A stutter she had most of her life deflated her confidence, but she overcame the speech impediment in her 30s after taking speech classes. She event spent nearly 20 years working at a local bank in the real estate department but wanted more.

“When I began this journey it was just because I wanted to go back to school, it was something I wanted to accomplish,” Washington said in a published interview. “So at this moment it’s just overwhelming you know, the attention.”

While working at the bank, Washington’s husband always encouraged her to get her college degree. The 30 foster children they took in grew up to become professionals including an attorney, a radiation technologist and a professor.

After her husband died, Washington moved to a Birmingham, Ala. suburb to take a few classes at nearby historically Black Lawson State Community College campus in downtown Birmingham. The two-year school had a satellite program that AAMU operated.

A couple classes soon turned into getting a scholarship to AAMU and earning her Bachelor’s degree in social work; fulfilling the dream her last husband had for her.

“I want to inspire young people and even adults, to let them know that age, because I’m 80, but I don’t know what 80 really feels like,” said Washington. “It’s never too late. You have a dream, please finish that dream. You can do it. You just have to believe in yourself.”

On graduation day, Washington’s daughter Kimberly was by her side to watch her mother walk across the stage, even helping her with her cap and gown.

“She is such a great example of commitment and strength and perseverance and dedication and compassion and passion, she exhibits all that,” said Kimberly. “That’s what I learned most is to really show love and appreciation and have fun with those that you love the most.”

Washington says she might not be done yet and her age isn’t stopping her. She’s considering continuing her education and obtaining her Master’s degree.