Janitors may walk-off job to end 2019 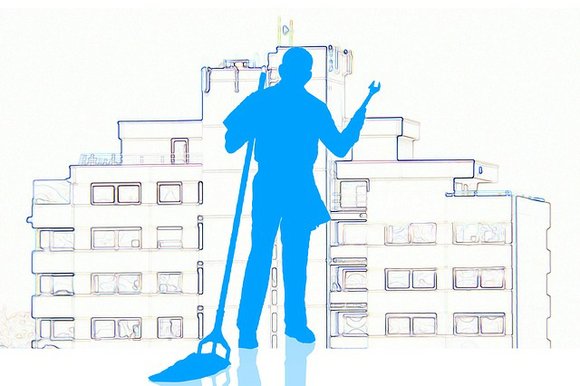 Close to 22,000 office cleaners might end this year (and begin the new year) with a work stoppage.

With their contract set to expire at the end of the year, 32BJ SEIU-affiliated commercial cleaners marched on Sixth Ave. last Wednesday, Dec. 18, to rally in the heart of Rockefeller Center to push for a new deal at the bargaining table.

Workers marched up Sixth Ave. in the snow squall demanding that their management come to the negotiation table in good faith. New York City Mayor Bill de Blasio urged the workers to keep going until they get what they deserve.

“I’m here to support you until you get the things you deserve for yourself and your families,” de Blasio said.

The commercial cleaners have also voted unanimously to strike if no agreement is reached by midnight on Dec. 31, when the contract expires. The strike would affect close to 1,300 commercial buildings in the city. An estimated 1.45 million New Yorkers work and shop in these buildings.

“The city’s commercial real estate industry is thriving, rents remain high, and millions of square feet of new commercial space are opening up this year alone,” stated 32BJ SEIU President Kyle Bragg. “Our members are ready to fight for their families and build justice in their communities. What’s at stake with this contract is a good future for thousands of New Yorkers and the ability to build a strong economy for our city.”

The cleaners are seeking a four-year contract with wage increases, protections to health and retirement benefits and increases in job protections. Some of the buildings that could be affected by a strike are the Empire State Building, Rockefeller Center, the World Trade Center, the corporate headquarters for Deutsche Bank and Goldman Sachs and offices for Google and Facebook.

“The commercial real estate industry is booming, and these owners can certainly afford to provide family-sustaining wages and meaningful benefits, as well as better work protections, for these workers.” stated Vincent Alvarez, president of the New York City Central Labor Council, AFL-CIO. “The NYC labor movement stands with 32BJ in their fight for a fair contract for the 22,000 hardworking men and women who keep our city’s buildings clean and safe.”

“The hardworking members of 32BJ SEIU are part of the backbone of New York City,” stated Stringer. “If we want to be a city where the middle class can thrive, these workers deserve a new contract that guarantees fair wages and benefits. I’m proud to stand with the working men and women of 32BJ SEIU who make our city run.”

“More than 22,000 commercial office cleaners deserve a new, fair contract before the ball drops in Times Square welcoming 2020,” stated Johnson. “I support 32BJ’s fight to ensure workers get a new contract. These workers keep our office buildings clean, and they deserve better wages. I commend 32BJ’s leadership as they work to secure a fair deal, and we will work tirelessly to make sure their voices are heard.”