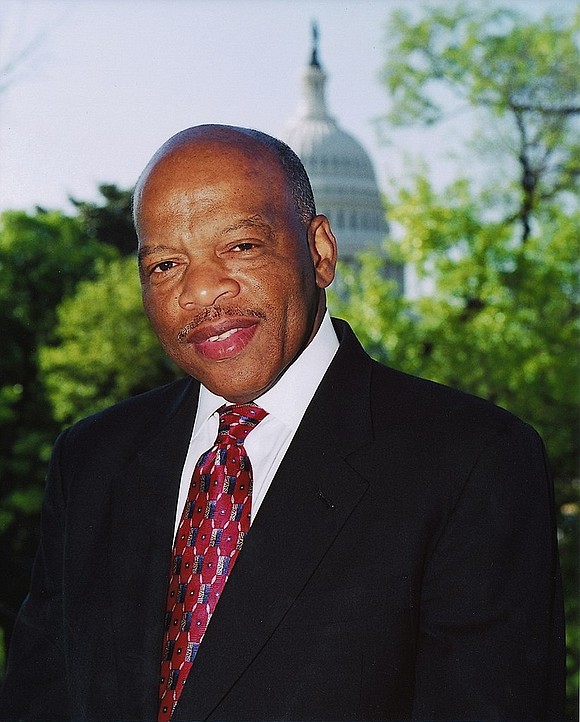 Among the living iconic civil rights leaders, few are as remarkable and steadfast as Rep. John Lewis. The legendary freedom fighter now faces another formidable challenge—he has been diagnosed with stage 4 pancreatic cancer.

Rep. Lewis, 79, learned from doctors that he must undergo treatment for the cancer, which is not the death sentence it once was given due to medical advances. Even so, the prognosis is not a good one, but he said it would not daunt his determination to serve the people of the 5th Congressional District of Georgia.

Former Pres. Barack Obama led the list of dignitaries alarmed by the announcement, and tweeted: “If there’s one thing I love about @Rep. John Lewis, it’s his incomparable will to fight. I know he’s got a lot more of that left in him. Praying for you, my friend.”

Speaker Nancy Pelosi, who has served in the House with Lewis for many years, offered her prayers as well via Twitter. “We are all praying for you following this diagnosis. John, know that generations of Americans have you in their thoughts & prayers as you face this fight. We are all praying that you are comfortable. We know that you will be well.”

Images of Lewis in the Civil Rights Movement, sometimes with him covered in blood or being trampled under fleeing protesters on the Edmund Pettis Bridge in Selma are gripping accounts, showcasing his courage and ubiquity. While his most recent appearances are as a long term representative, beginning in 1987, many Americans remember his presence at the March on Washington, where as the leader of the Student Nonviolent Coordinating Committee he raised his voice against racism and discrimination.

His memoir of the movement “Walking with the Wind” captures not only his significant role but those of his comrades and colleagues who marched relentlessly alongside him.

“Dear Congressman,” film director Ava Duvernay tweeted, “You are loved. You are respected. You are magnificent. Lifting you up in prayer, peace, and the power of your ancestors this day. May God continue to bless you in all the ways you’ve blessed us, sir.”