Culture and nature in Raleigh, N.C. 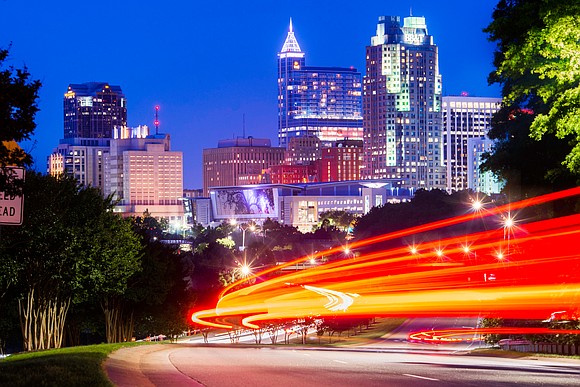 This once sleepy southern city is getting a lot of attention for its cuisine and cool vibe. Your first clue you might like Raleigh is its motto, “To be, rather than to seem.” There’s no pretense. It is what it is. And that’s apparently a good thing. Last year, 15 million visitors came to Raleigh, and there are no beaches or mountains. What’s the attraction? Plenty, in this city that is the capital of North Carolina and part of the infamous Research Triangle that includes Durham and Chapel Hill.

Raleigh is emerging from a major makeover downtown. Before, it was primarily a place to work. But the last few years it’s become a hip hub, not only an after-work hangout location but on weekends, too. Apartments, condos and mixed-use developments sprang up, as did a slew of restaurants, bars and music venues. The Warehouse District was revitalized. Hoteliers haven’t missed out. The Residence Inn by Marriott Downtown Raleigh is a welcome addition, especially with its 10th & Terrace rooftop bar.

Brewery Bhavana is one of the Top 10 restaurants in the nation according to Bon Appetit. It’s in historic Moore Square park downtown. You could spend hours there. It’s a brewery, dim sum restaurant, flower shop and bookstore. Pick out a book and relax at the long tables and sip a brew.

Garland is a tasty mashup of Indian and Pan-Asian fusion and craft cocktails in a whimsical setting. It feels more West Village in New York City than Raleigh.

You can’t leave without some BBQ. The Pit Authentic Barbecue has been featured on The Travel Channel and the Food Network, among others. It’s no surprise. This whole-hog, pit-cooked barbecue passes the taste test for the most discerning BBQ fans. Not only do you get pork but also Texas-style brisket, barbecued turkey, fried chicken, skillet cornbread, deviled eggs, collards and mac ‘n cheese. Whatever you have must be completed with the banana pudding.

The Warehouse District is home to the Contemporary Art Museum. There’s always something new. Boxcar Bar + Arcade is where you can just plain have fun. Remember skeeball and air hockey? Get your fill of them here, plus 100-plus arcade games, live music, draft craft beers and a full bar.

Chill at more than 80 places offering live music. Do the Raleigh Beer Trail and drink up at dozens of breweries. Golf, bike and enjoy all the green spaces. There’s a lot of talk about Raleigh, and likely you’ll have plenty to say, too.

There’s always something happening in Raleigh. But there are some festivals and events you might want to coincide with your visit. Brewgaloo, April 26-27, is North Carolina’s largest craft beer festival, featuring 100 breweries, 50 food trucks and drawing 30,000 people. The festival, which has free admission on Saturday (so bring plenty of friends!), allows you to purchase either beer samples or full pints from breweries located across the state. The event is part of Beer Month in Raleigh, a month-long celebration of the nearly 30 local craft breweries.

Artsplosure: The Raleigh Arts Festival is May 18-19. It’s one of the Southeast’s premiere arts festivals. It attracts more than 80,000 people to downtown Raleigh during the third weekend of May each year. Celebrating fine visual art and live music since 1980, the festival displays more than 180 artists’ work, using countless mediums, on display for all to see and enjoy during the free festival.

The African American Cultural Center at North Carolina State University maintains an African American Library, whose materials visitors may review on site, and a Cultural Art Gallery, which presents exhibitions featuring the works of prominent African and African-American artists.

The Carl Alwin Schenck Memorial Forest is a 245-acre forest about 10 minutes from the North Carolina State campus. You can walk the well-maintained trails to enjoy bird-watching and wildlife. The Frances L. Liles Trail is a favorite.

City Market downtown is the spot for art galleries, restaurants and specialty shops. The original cobblestone streets are lit by lamps and filled with 19th-century charm.