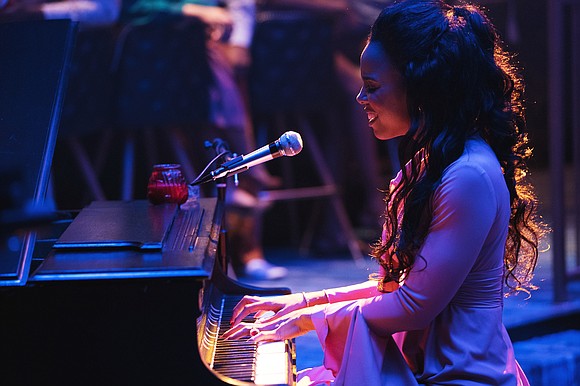 Robi Reed is a legend. Make no mistake: casting a film is an art form, and she is an artist. The seasoned veteran has more than 30 years of experience. She started her career with Spike Lee. To date, she has more than 50 movies and television shows under her belt, and her impact in helping build Black cinema is undeniable. Reed is credited with jumpstarting the careers of Halle Berry, Samuel L. Jackson, Denzel Washington, Jada Pinkett Smith, Queen Latifah and Jamie Foxx, just to name a few.

In casting BET’s “American Soul” she reached back into her own childhood when at the age of 16 she was one of the dancers on the legendary “Soul Train.”

“I was in my teens and my father had to be the chaperone, for myself and my friends,” shared Reed. “I danced for four years every Saturday and Sunday. It was wonderful.”

As BET’s vice president of Talent and Casting for Original Programming, it was her duty to cast their new one-hour series “American Soul,” a duty she took to heart.

She explained, “To be able to work on BET’s ‘American Soul’ means so much to me because ‘Soul Train’ was a part of my life and childhood, and to just be able to give my creative input and share whatever knowledge that I could bring to it, and how often does that happen in real life. Life imitates art and vice versa, but to really have had an experience like that in history is something that is now legendary, and to now be able to help bring it the screen in a different way is wonderful. I am grateful.”

That’s not the only part of history the gifted Reed is attached to. She is one of Spike Lee’s “A team,” an elite group that started with Lee in the lean, mean Brooklyn years.

“I’m grateful to have started my career with Spike,” Reed said. “He had a tagline that was taken from the great Malcolm X which was ‘by any means necessary,’ and that was our perspective. Anyone of us. We knew that whatever it took to get it done, we were going to get it done. That was our attitude. And I think that’s what helped to propel us. Spike called us the A team, which consisted of Ruth E. Carter, costume designer; myself, casting; Wynn Thomas, production designer; Ernest Dickerson, cinematographer; Monty Ross, co-producer; and Barry Alexander Brown, who still edits with him.”

The 91st Academy Award nominations delivered a strong showing for African-American artists, who were nominated in 10 out of 24 categories, matching totals achieved in 2016 and 2017.

Lee is receiving his first-ever directing nomination, for “BlacKkKlansman,” while also becoming only the second African-American to be honored with three nominations in the same year (Best Picture, Best Director and best Adapted Screenplay).

“I was on the phone with [Spike Lee] the morning the nominations were actually happening,” shared Reed. “I could not be happier. Obviously, he deserved it. The Honorary Oscar was great but this nomination is for the work he did on ‘BlacKkKlansman,’ and given the climate of where we are in the country it speaks volumes.”

She concluded, “It’s really an exciting time and I’m excited about where he is in his career and that he’s still this force. He always uses his platform as a way to speak to certain things that are important. I hope that it works out for him because it’s not just a win for Spike, it’s a win for all of us.”

To learn more about Robi Reed, go to Reed for Hope Foundation at http://reedforhope.org/home/.