Remembering Trayvon Martin on what would have been his 24th birthday 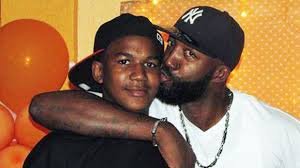 February 5th would have been Trayvon Martin’s 24th birthday. People took to social media with an outpouring of support honoring him.

Former Georgia gubernatorial candidate Stacey Abrams tweeted her sentiments honoring Martin: “Today should have been Trayvon Martin’s 24th birthday – but his life was ripped from us too soon in a grotesque act of violence and bigotry,” she said. “In his memory, we must recommit ourselves to ending racism and gun violence.”

For the past seven years, the day is painfully remembered in the hearts of the Black community. Martin’s killing served as a tipping point for the community to demand that the nation take a look at its violence and racist past and present.

“We remember Trayvon Martin who would have been 24 years old. Just know that you are forever in our hearts. And we will keep fighting for justice.”

The teen’s death marked a call of urgency to Blacks to continue to fight for their lives. Thousands at the time of Martin’s slaying took to the streets in protest. Social media was then flooded with celebrities and activists posting photos of themselves and of kids wearing hoodies.

Rapper and activist Common posted photos of a younger Martin with captions that read “RIP to our brother.”

In 2012, Martin, 17, was murdered by volunteer neighborhood watchman, George Zimmerman, 28, in Sanford, Fla. The unarmed teen was walking home from a nearby store, wearing a hooded sweatshirt, carrying a can of Arizona fruit juice and a bag of Skittles. He was talking on the phone when Zimmerman approached him.

Zimmerman called the police and said at the time of the incident that the teen looked “suspicious.” Police dispatchers told Zimmerman not to pursue the teen. His refusal, unfortunately, led to the fatal shooting of Martin 100 feet from his home. Zimmerman at trial claimed it was all in self-defense and he was later acquitted in 2013 of all charges.

Director Ava DuVernay in her post that honored Martin asked for more attention to be paid to white privilege.

“When people ask me what white privilege is... Imagine if this was a white boy in a hoodie with a bag of Skittles who was just trying to walk home.”

On Tuesday, supporters of Zimmerman wanted to let those that were honoring the teen know that they felt Martin had been the aggressor in the case.

“Trayvon Martin would have turned 21 today if he hadn’t taken a man’s head and beaten it on the pavement before being shot.”

Those responding to Shapiro’s statement pointed out that since Zimmerman was acquitted, he has had multiple run-ins with the law for charges from aggravated assault to domestic violence.

Even with the opinion of Shapiro, the outpouring of love continued in honor of Martin.

“Today Trayvon Martin should be turning 24. This is one milestone on a long list of ‘should haves’ Trayvon will never get to enjoy,” posted reporter CiCi Adams.

“We honor him by continuing to fight for justice, the fight for Black boys & girls — with purpose & intentionality, with love & courage. Rest in power.”