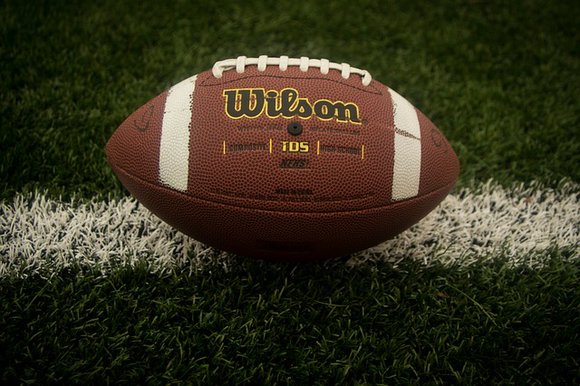 From the gate you can tell it was going to be a long Super Bowl LIII weekend for the supporters of the Los Angeles Rams. If you were to gaze up when entering the city limits while driving down the 85 South Highway you were greeted to a billboard (that I later found was strategically placed throughout the city) that read “Saints Got Robbed.” Surveying the landscape by foot, you see the throngs of folk gathered in Atlanta for the big game adorned in jerseys belonging to the Dallas Cowboys, Atlanta Falcons and New York Giants, more prominently displayed than the royal blue and gold of the Rams who were co-headlining the main event.

Of course, that’s the treatment you receive when you don’t have a core fan base.  Of the three major sport transplants (baseball, basketball and football) Los Angelinos should be more connected to the Rams since they arrived in the city, from Cleveland, first—predating the Lakers of Minneapolis and the Dodgers of Brooklyn. However, the city never forgave the Rams for bolting to St. Louis in 1995, where they ascended to World Champions for the first and only time in the history of the organization in 1999.

In 2016 they again trekked across the country, abandoning yet another town. For the New England Patriots, however, it was virtually a home game, especially after the work they put in on the Falcons in Super Bowl L three years ago. Yeah, the Patriots prevailing in the game seemed pre-ordained and to be honest, it appeared that the game was an afterthought. The reputation of the A being a party town is well deserved, so the festivities were guaranteed to be top-notch, with a plethora of music selections to fit your palate. My itinerary was full and here were the selected highlights. “We wanted to produce an amazing live concert experience inspired by the rich history of Atlanta for music lovers and fans that want to share in the ambiance and excitement of the Big Game,” said Melissa Sessoms, organizer of the Legends Live Atlanta concert which featured Maze Featuring Frankie Beverly and the Isley Brothers.

Legends were also the theme as Pro Football Hall of Famers Eric Dickerson, Andre Reed and Robert Brazile hosted the NFL Legends of the Hall, which featured the great Howard Hewett and Atlanta songstress Sheryl Renee.

The grandiose shows came courtesy of the Bud Light Music Festival, which put on three huge shows over the weekend. The first night was a Welcome to Atlanta theme that included a first time performance of Ludacris, Young Jeezy and T.I. as well as Gucci Mane performing with the Migos. The godfather of Atlanta’s music scene, Jermaine Dupri, made a special appearance as well. The festival concluded with the day three performance of two of the biggest in the game right now with Cardi B and Bruno Mars. We missed out on that “Finesse” collaboration however. Can’t have it all.

Giving back to the city was also on the agenda, and leading the pack in this regard was the 18th Annual Off the Field Players’ Wives Association fashion show hosted and produced by The Shops Buckhead Atlanta. The fashion show raised funds for Girls Who Code, a national organization whose mantra is “to close the gender gap in technology.”  The Girls Who Code method of completing its objectives includes offering learning opportunities, creating pathways into the computer workforce and building a sisterhood of supportive role models for their students.

Angie Stone and Calvin Richardson lent their collective talents at The Big Game Concert to raise awareness and funds for The Still Standing Alliance, a nonprofit organization focused on domestic violence advocacy, awareness and prevention strategies.

Over and out. Need to get back to the crib in time to hit the Apollo Café. The new season kicks off with Malik Yoba’s “Harlem to Hollywood.” I know you know, because it’s sold out. Holla next week, with the blow by blow. Til then, enjoy the nightlife.