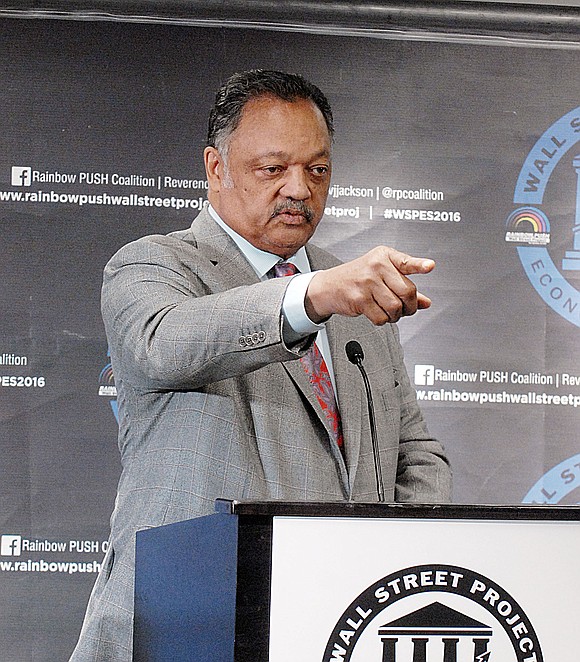 “We’re looking to expand upon the progress and discuss ways to increase opportunities for minorities and women,” says Rev. Jesse L. Jackson, Sr. founder and president of the Rainbow PUSH Coalition, and organizer of the Wall Street Project. “After 400 years, there is still much more work to be done in terms of our freedom, equity, diversity and inclusion, particularly in today’s political climate if we want to close the wealth gap and expand opportunity.”

The Wall Street Project’s Economic Summit will bring entrepreneurs, corporate executives and the nation’s leading policymakers together to increase business and employment opportunities for African Americans, women, and all people of color.

“History is an unbroken continuity that cannot be denied. Americans should not hide from the past nor engage in an extended exercise of rehashing 400 tragic years. However, we do need to continue to push to close the wealth gap and expand opportunities for African Americans,” adds Rev. Jackson. “This year’s Wall Street Project Economic Summit plans to address where and what African Americans should and can do – since setting foot 400 years ago on U.S. soil.”

Day One: The Summit will consist of discussions on the State of Black America since Blacks were brought to America, closing the wealth gap, with panelists Alfred A. Edmond, Jr. SVP/ Executive Editor-at-large, Black Enterprise and Marc H. Morial, President and CEO, National Urban League and a fireside chat with Toni Townes-Whitley, President, U.S. Regulated Industries Colleges and Universities; and end with an opening reception where members of the Congressional Black Caucus will be in attendance.

Day Two: Kicks off with a fireside chat with Rev. Jackson and Larry J. Merlo, President & Chief Executive Officer, CVS Health; a session on the racial wealth gap and its ties to Wall Street, including diversity on corporate boards, C-suites, consumer protection, the state of Historically Black Colleges and University, the annual Ministers & Labor Luncheon where the keynote speaker will be the Honorable Emanuel Cleaver II, U.S. Representative Missouri’s 5th congressional district. The day continues with a sports session and a session on the ‘Business of Hip Hop.’ On the evening of Day Two, the Wall Street Summit will end with “Rainbow PUSH Coalition and Citizenship Education Fund 22st Annual Wall Street Project Scholarship Gala,” which will include distinguished honorees and musical entertainment by singer, songwriter Lalah Hathaway.

TO REGISTER, Visit: http://www.rainbowpushwallstreetproject.org/registration.html or call (646) 569-5889