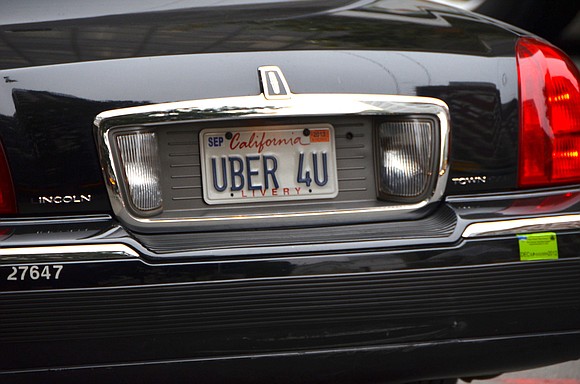 Traveling from point to point, here to there, just got more expensive in New York City.

New York State has mandated congestion pricing surcharges of $2.50 be added to yellow and green taxis, limousines, black cars and livery rides and an added $2.75 be billed to riders looking to call an Uber or other for-hire vehicles.

Congestion pricing comes as a way for the state to help raise money by taxing taxi drivers to help fix New York city’s aging transit system, ease traffic in Manhattan and encourage the use of public transit. But many taxi and for-hire drivers in the city, many of whom are Black Caribbean and African immigrants, are frustrated and feel that their livelihoods are being attacked.

“To say I’m frustrated is an understatement—I’m mad as hell,” said Eusi Grannum, an Uber driver who is from Guyana. “I use Uber to supplement my paycheck. It’s definitely a boost to add funds in your pocket, but now I feel no one is going to want to catch a ride ‘cause it’s going to be expensive.”

Grannum said he supports his two kids in Guyana as things aren’t as easy there so they depend on the money that he sends home.

“That money I send to them is used for their upkeep, school expenses mainly, living expenses—they’re young so they want to go out—and it’s for their mom to keep her head above water.”

He remains optimistic that because of the shape the subway is in people will still turn to taxis and for-hire vehicles.

“I guess that’s what the governor and the state want for people, to turn back to the subways and buses, but they suck, often delayed and crowed to the max,” he said. “But I see it as that people need to get around. The subways don’t do that effectively; taxis and Ubers do so people will stick with us.”

In a blog post by Uber, they said that they agreed with decreasing traffic in New York City but that the policy shouldn’t fall to their employees but to all vehicles entering the city.

“We agree that street congestion is a problem in NYC, but we believe the best way to address it is through the adoption of a comprehensive congestion pricing plan that is applied to all personal vehicles, trucks and commercial vehicles, not just FHVs [for hire vehicles] and taxis.”

A group of taxi drivers sued to block the congestion policy, saying that the price increase would eventually lead to a collapse of the taxi and for-hire business.

“I also make a living off driving, and for them to put this on our backs is not right at all,” said Winston Blake, a Jamaican livery driver. “I came here to make a better life for myself and that money goes straight to living expenses. Of course, people back home are asking you to send this and send that and you want to do it for them.”

A State Supreme Court judge rejected the motion by the taxi drivers citing that taxi drivers did not demonstrate irreparable injury because the congestion policy would fall on the backs of their customers. But the order didn’t completely kill the taxi driver’s lawsuit.