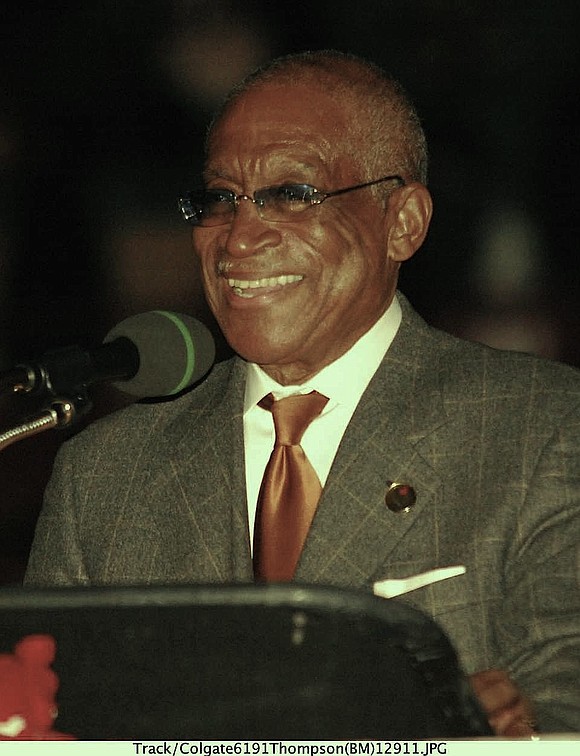 Extraordinarily successful track and field coach Frederick D. Thompson may be now best remembered as the founder of the Atoms Track Club of Bedford-Stuyvesant, Brooklyn. Yet the originator of the Brooklyn track club for girls and young women in 1963, and coach of multi track-and-field female national and Olympic medalists, was also a lawyer, and former New York State assistant attorney general.

Aged 85-years-old, the founding organizer of the annual Colgate Women’s Games passed away in his home in Brooklyn from complications of Alzheimer’s disease Jan. 22. He was laid to rest Feb. 7, after being memorialized at Brown Memorial Baptist Church in Brooklyn. He was interred in Brooklyn’s Evergreens Cemetery.