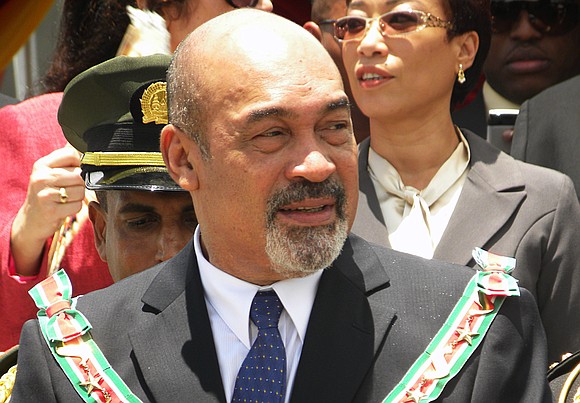 President Desi Bouterse of Suriname has fired the head of the Caribbean Community nation’s central bank in a move that has sparked fears that the administration is seeking to replace him with a more pliant governor who would be prone to bailing out the administration ahead of general elections in a year’s time.

Glenn Gersie was sent home in the past week following a brief but tense meeting with Bouterse and Finance Minister Gillmore Hoefdraad. His dismissal confirmed weeks of informed speculation among civil society and political groups in Suriname, especially predictions by the association of economists, that Gersie would be axed for refusing to bow to a demand by authorities for populist spending.

The Dutch-speaking community member state is scheduled to hold general elections by May of next year. Bouterse, a former army commander who led military coups in 1980 and 1990 toppling elected civilian governments, is seeking a third consecutive five-year term even as the economy remains in dire straits and in the clutches of a tough austerity program led by the International Monetary Fund.

Local economists and political leaders say Gersie has fallen victim to his refusal of demands to release money for programs that could be interpreted as one favoring government for electoral rather than national developmental purposes and by the fact that he is tightly constrained by IMF edicts as the country recovers from a decade of economic problems.

U.S.-owned Alcoa has pulled out of the country after decades of mining its bauxite reserves, and fluctuating prices for rice and oil have not helped to keep the economy afloat as was the case in the past.

Central bank reserves, which had reached more than $1 billion dollars in recent years, have declined by half, forcing authorities to turn to the IMF and the Islamic Development Bank for assistance in shoring up the situation.

Gersie’s dismissal has led to a decline in the value of the Suriname dollar, forcing authorities to appeal for calm as excessive worry by the commercial sector could led to panic hoarding and even more trouble for the economy.

Gersie had been the butt of criticism from the government for his refusal to cooperate and give government some political and monetary space to operate. Hoefdraad had swatted away dismissal rumors as “vote making, lies, gossip and fake news.”

Local media say that his departure may now allow the cabinet to have more say in central bank policies as the son of a current minister is tipped to replace Gersie in the coming days.

Winston Ramataursing, the head of the local body of economists, fears that the independence of the bank will now be compromised, while the Hindustani VHP party agrees.

“With the elections of May 2020 in sight, it is clear that the government wants to put someone in the post of governor who is obviously willing, as in the previous elections, to give the government more money and possibly fund monetary. The people will then pay a high price again. The scenario is clear, because otherwise you will not get away from a well-performing governor. People of Suriname, watch your case,” the party said.

Labor leaders also threw in their bit of criticism.“The dismissal of the governor is like a bomb. On Monday night, Mr. Gersie denounced the rumors of his possible departure to the staff and reassured his employees; 24 hours later he appears to have to leave,” said Robby Berenstein.

Commercial banker Jim Bousaid said that the undermining of the bank has consequences for the immediate future. “Not because we talk, the exchange rate rises, but it has to do with maladministration. We do not want a Venezuela in Suriname.”