How will 21 Savage use his new reality? 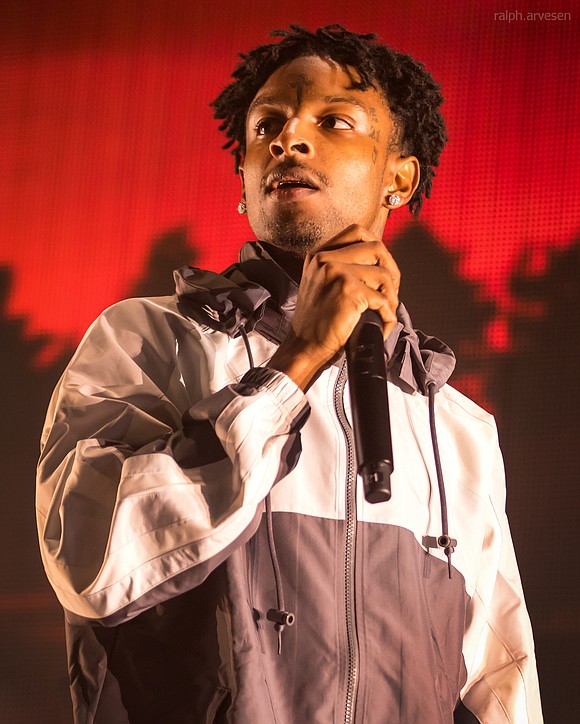 Rapper 21 Savage is now living a new reality, one that he buried for most of his 26 years and largely pretended did not exist.

Somehow, once he made it as a multi-millionaire rapper, 21 seemed to forget all about his immigration reality until Super Bowl weekend when that reality came back to hit him smack in the face.

Now he is out from U.S. Immigration and Customs Enforcement custody after a nine-day stint in one of the toughest detention centers in the country and has suddenly woken up to the realization that his “situation is important ‘cause I represent poor Black Americans and I represent poor immigrant Americans.”

Where was this before? But I digress.

In his first interview with “Good Morning America” since being released, the Caribbean-roots, British-born rapper, born She’yaa Bin Abraham-Joseph, now says it was “my worst nightmare,” even as he revealed that he is now afraid of being deported back to a country he left at age 7 and barely knows.

Sound familiar? It should, because it is the fear of every undocumented immigrant across the U.S. It also puts the spotlight on the power of ICE agents in the Trump era, where targeted raids, traffic stops and arrests are the order of the day.

According to the rapper’s account of his arrest on GMA: “I was just driving, and I just seen guns and blue lights. And then I was in the back of a car and I was gone.”

He also claims that no one told him he was under arrest. As he told it in the interview, ICE agents said nothing. “Nah, they didn’t say nothing. They just said, ‘We got Savage.’”

ICE’s Bryan Cox has said the rapper was taken into custody in a targeted operation that had been planned weeks to months in advance because of a visa overstay, and also because he was convicted on felony drug charges in Fulton County, Ga., in October 2014.

The arrest also puts the spotlight on the system of rich versus poor, despite what 21 is now saying about “no favoritism” in the system.

The fact is that while the multi-millionaire was able to pay $100,000 in bail Feb. 12 with the powerful backing of Jay Z, Cardi B, Offset, J Cole and Metro Boomin and a top team of attorneys, thousands of other detainees are unable to pay theirs and may not even make bail.

Jay-Z and Roc Nation have helped assemble a legal team to help 21 with his case. But thousands of immigrants in detention currently have no legal representation except overworked legal aid and volunteer attorneys and remain locked up like common criminals and vicious mass murderers for simply overstaying their visas.

21 Savage also spent just nine days in ICE custody, while immigrant children have been separated from their parents for months on end and other immigrants are kept locked up without bail and then boarded onto a plane and deported.

Now one can only hope that 21 Savage will use his test to become a loud voice for the voiceless locked away in detention centers around the country or living in daily fear because of their status.

He is right when he said, “You gotta think about all the millions of people that ain’t 21 Savage that’s in 21 Savage shoes.”

I pray 21 Savage takes his own advice and thinks about the millions of undocumented immigrants in the U.S. This is the perfect platform for him to use his own test, celebrity status and friends to become a voice for the voiceless and oppressed immigrants in these United States, especially in the Trump era.