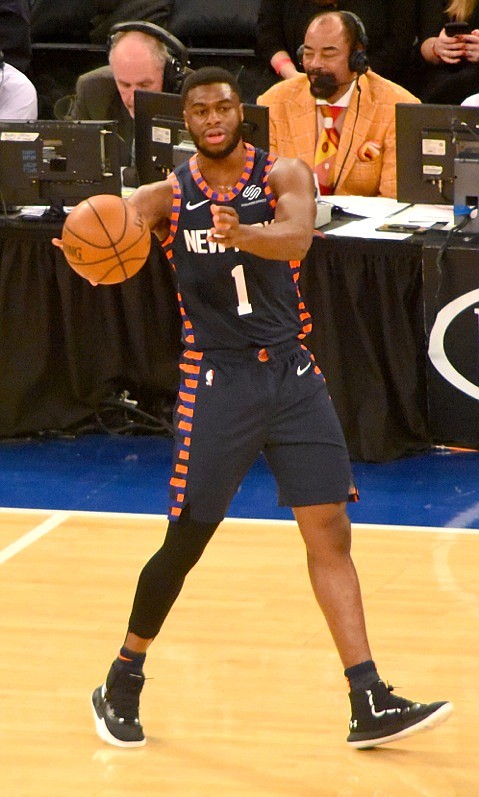 Legions of Knicks fans are conflicted. They have continued to show undying loyalty to their team during what has been an emotionally taxing season, enthusiastically albeit futilely trying to urge them to victory game after game at Madison Square Garden, which remains packed and energized.

Yet they also harbor dreams of May 14, when the NBA Draft Lottery will be held to determine which team is gifted the No. 1 overall pick. However, wins are counterproductive to their hopes of the Knicks being that team. It will be the most highly anticipated and drama-filled lottery for longtime Knick diehards since 1985, when the franchise won the coveted prize and drafted Patrick Ewing.

That was 34 years ago. An eternity in basketball years, or so it seems. The Knicks didn’t win a title with the Hall of Famer Ewing, the franchise’s all-time leader in games played, points and rebounds, but made it to two Finals, in 1994 and 1999, and experienced a two-decade era of being one of the league’s most relevant teams.

Today, with each spectacular performance, Duke’s 6-foot-7, 275-pound man-child Zion Williamson has engendered similar excitement among the basketball world. The freshman may not be a sure thing as was Ewing, who led Georgetown to three NCAA final appearances and one title, but the current state of the Knicks has fans hungering for someone who can dramatically alter the trajectory of the entire organization. Williamson alone won’t do it, but he can be a significant piece of the rebuild.

With 24 games remaining beginning Feb. 22 at Madison Square Garden against the Minnesota Timberwolves, the Knicks were 11-47, tied for the fewest wins in the league with the 11-48 Phoenix Suns. They broke an 18-game losing streak last Thursday with a 106-91 victory over the Atlanta Hawks on the road right before the All-Star Game break.

The imminent return of Emmanuel Mudiay and Frank Ntilikina could disrupt the Knicks’ path to the most favorable odds of obtaining the top pick by helping them play their way out of one of the bottom three spots. Mudiay has been sidelined since straining his left shoulder on Jan. 23 and Ntilikina has been in street clothes with a groin injury since Jan. 27.