St. John’s loses close game to DePaul at the Garden 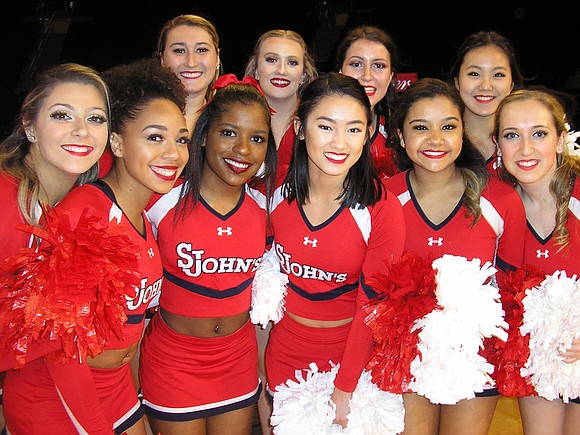 St. John’s University women’s basketball team came into Sunday’s game against DePaul University at Madison Square Garden on a high. Not only had the Red Storm won four in a row, but last Friday they defeated nationally ranked Marquette University.

Although they came out flat against the Blue Demons, St. John’s found its rhythm late in the first half and dominated DePaul early in the second half. As the second half progressed, DePaul, the number two team in the Big East, edged into the lead and managed to hold on for the win 70–62.

“At the beginning of the game, we weren’t really there from a standpoint of energy. We kind of dug ourselves a hole, but then did a great job of fighting back,” said St. John’s coach Joe Tartamella. “I thought we had a chance to be where we wanted to be, especially late in the game, and we just weren’t able to finish.”

He added, “They’ve never doubted themselves. No matter who we’re playing, they play hard.”

DePaul head coach Doug Bruno praised the Red Storm. “This is a St. John’s team that we’ve known is going to be strong; it just took them a while to get going,” said Bruno. “We’re thrilled to be able to come away with the win.”

The women’s game was part of a St. John’s double header, with the men’s team taking on Villanova later in the afternoon (St. John’s won). The event was a sellout; however, only a small number of spectators turned out for the women’s game.

While “New York’s Team,” as St. John’s describes itself, deserved more spectators, it was uplifting to see how much support the women’s team received from the school. The cheerleaders, dance team and band were present throughout the women’s game and showed unmitigated school spirit.

The cheerleaders were undaunted by the long day. “It’s really nice to see the alumnae,” said Jada Bumeng. “To wear St. John’s across my chest makes me feel like a face of the school,” said Tamia Ward. Shaondel Hall’s sister was a team manager for women’s basketball a few years ago. “Having this game, I feel it’s really important to the players. It’s exciting to cheer for them,” she said.