Under the radar spring European getaways 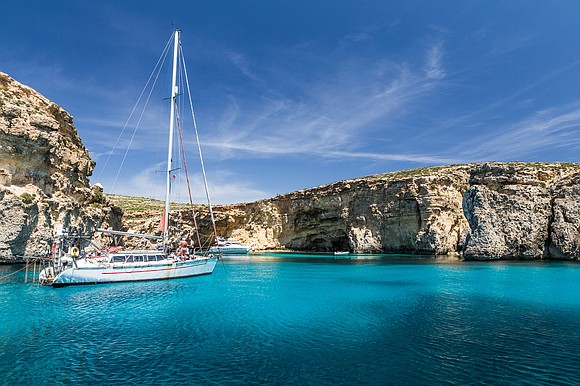 Why go to Europe in the summer? It’s hot, crowded and can be expensive. Spring is ideal. The weather is temperate, the masses aren’t there and generally, it’s cheaper. Maximize your savings more by visiting under the radar cities. Take Rome, Paris, London and Barcelona off the list.

Here’s where to go instead.

The capital of Malta, Valletta, which was European Capital of Culture 2018, is inextricably linked to the history of the military and charitable Order of St. John of Jerusalem. Built after the Great Siege of 1565 and named after Grandmaster Jean Parisot de la Valette, this fortified city has hundreds of monuments, all within a relatively small space, making it one of the most concentrated historic areas in the world.

As the weather heats up in Malta, so does the cultural calendar. Spring is arguably Malta’s most charming season. There’s plenty happening in Spring like Karnival Ta’Malta, the International Fireworks Festival, and the Valletta Film Festival. The national airline, Air Malta, operates inexpensive flights to and from all the major airports in Europe and other destinations. Other legacy airlines and various low-cost carriers also operate regularly to and from Malta. As for where to stay, there’s a vast selection of affordable hotels on the Maltese islands, ranging from the larger internationally-branded resorts to the small family-run boutique hotels. Free festivals aren’t hard to find, and many museums can be bundled together for discounted rates, although most only charge a modest fee. Expect to find good, cheap eats.

Some say Nafplio in Greece is the perfect spring getaway. It’s also less than a two-hour drive from Athens. Nafplio, in the northeastern corner of the Peloponnese, is a charming city located on a peninsula in the Argolic Bay. This historic Greek city was built by the Venetians and has Ottoman influences throughout. Three impressive stone fortresses, one of which floats in the bay, guard the city today. The pedestrianized center with alleyways graced with colorful bougainvillea, has postcard-like small streets lined with wonderful arts & crafts shops (weavers, jewelry makers, stone-cutters, and more), picturesque cafes, taverns, and mosques. Nafplio is known for its impressive weeklong Easter festivities, which this year falls on April 28th. It’s wonderful to experience these centuries-old Orthodox Easter traditions that include evening church services as well as concerts, parades with bands in the streets, an Easter market and much more.

You likely haven’t heard of Lourmarin. When people think France, it’s typically Paris. But you’ll dig this quaint, medieval city in the South of France. Take in the sights, winding cobblestone paths, a centuries-old castle, and an affordable farmers market with everything from fresh produce to cashmere sweaters. Head to the center of this small town for boutiques, gift shops, and an array of outdoor cafes.

Bristol is home to delicious restaurants, cool breweries and attractions like SS Great Britain, the Clifton Suspension Bridge and St. Mary’s of Redcliffe. There are inexpensive flights into Bristol’s international airport on Ryanair and EasyJet from several major European cities. Because Bristol is home to many young people and university students, prices around town are very reasonable, especially when compared to larger UK cities like London. Spring is a wonderful time to visit Bristol because you can enjoy the many outdoor activities around town — have a drink by the river at Wapping Wharf, visit Castle Park, or even go for a hot air balloon ride.

Kyiv is the seventh most populous city in Europe. It was founded in 482 A.D. and is situated on the river Dnieper. There is a Christian cave monastery, known as the Kyiv Pechersk Lavra or Kyiv Monastery of the Caves, which dates back to 1051. There are saints buried in the caves underground. If you are a fan of beautiful churches, you’ll be in heaven with visits to St. Andrew’s church, St. Sophia cathedral, Gate Church of the Trinity, and St. Nicholas Roman Catholic cathedral. The Golden Gate is a historic gateway in the ancient city’s walls. Museum of Historical Treasures of Ukraine is the major Ukrainian repository (with approximately 56,000 objects) of artifacts made from precious metals and stones by the Scythians, ancient Slavs, 14th- to 19th-century Ukrainian goldsmiths (one hall) and modern Ukrainian jewelers. There is a huge statue of Volodymyr the Great overlooking the river Dnieper, with a cross — he was a prince who christened ancient Ukraine. The eating is good in this town too. Make sure you hit Mamayeva Sloboda, a traditional Ukrainian village with an inn, smithery, traditional Ukrainian food and more. Pyrohiv museum is an open-air museum made like a traditional Ukrainian village with windmills not far from Kyiv. You can eat, drink and do other things cheaply.